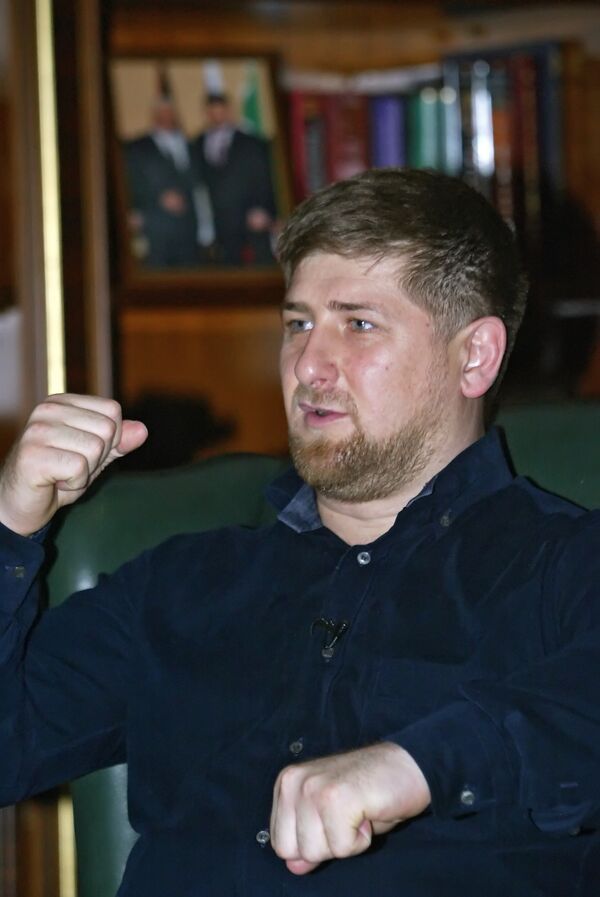 The struggle to tackle militant attacks in the Russian Caucuses regions of Chechnya and Ingushetia is continuing to plan, Chechen President Ramzan Kadyrov told RIA Novosti on Wednesday.

Ingush President Yunus-bek Yevkurov survived an assassination attack on Monday near the city of Nazran and is currently in a critical condition in a Moscow hospital. He received serious head and internal injuries, when his motorcade was hit by a suspected suicide car bomb.

"We began a joint fight against militants over a month ago and created an operational headquarters to coordinate the Chechen and Ingush special forces," Kadyrov said, adding: "They have achieved results and I have reported this to [President Dmitry] Medvedev. He has asked me to intensify the fight and bring it to an end."

Kadyrov said that special forces from both of the republics are operating in the border zone between the republics alongside Russian troops, who are experienced in tackling terrorism.

Russia's North Caucasus republics have been swept by a wave of violence recently two months after the government formally ended its decade-long counterterrorism operation in Chechnya, which witnessed two brutal separatist wars in the 1990s and early 2000s. Ingushetia, which borders Chechnya, continues to see frequent militant attacks on officials and police.

Russian President Dmitry Medvedev, who visited the Ingush leader in hospital, called the blast a terrorist attack linked to Yevkurov's efforts to end a spiral of violence and corruption in the republic.

Kadyrov is convinced that their combined efforts will end the militant violence in both Ingushetia and Chechnya.

"We will get results and we will destroy these devils wherever they are hiding," Kadyrov said.

Yevkurov, a former military intelligence official, became president of the republic last October. In a recent RIA Novosti interview, he said he would offer an amnesty to remaining militants, but pledged to "eliminate" those who refused to lay down their weapons.

The Chechen president said that he and the Ingush president had an understanding with regard to terrorism in the republics. Kadyrov said he hoped President Yevkurov would be able to return to work soon, adding that in the meantime he would coordinate operations with the Ingush Prime Minister Rashid Gaisanov.