Construction of 2nd Adm. Gorshkov class frigate to start in 2009 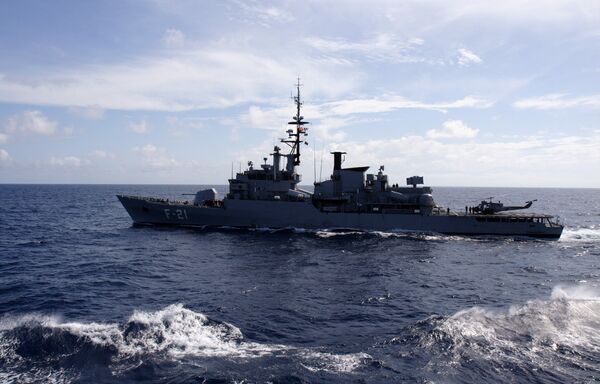 The first Admiral Gorshkov class vessel is being built at the St. Petersburg-based Severnaya Verf shipyard, and will be launched in 2011.

"We will start construction of the second frigate at this shipyard in addition to existing orders under the state arms procurement program," Vysotsky said at the opening of the International Naval Show in St. Petersburg.

Severnaya Verf started building the Admiral Sergei Gorshkov frigate - the first in the series - in February 2006. According to military sources, Russia's Navy intends to procure up to 20 such vessels.

The main weapons of the ship are reported to include eight SS-NX-26 Yakhont anti-ship cruise missiles, a new 130-mm gun mount, a Medvedka-2 ASW system, and a Hurricane medium-range air defense missile system.

"We intend to sharply increase the construction of ships of the main classes, and we have already taken the first steps in this direction," the admiral said.

However, the Navy commander said Russia could order a number of warships abroad.

"We do not rule out the possibility of buying foreign-made vessels," he said in answer to a reporter's question.

Russia has not purchased warships abroad since the collapse of the Soviet Union in 1991.