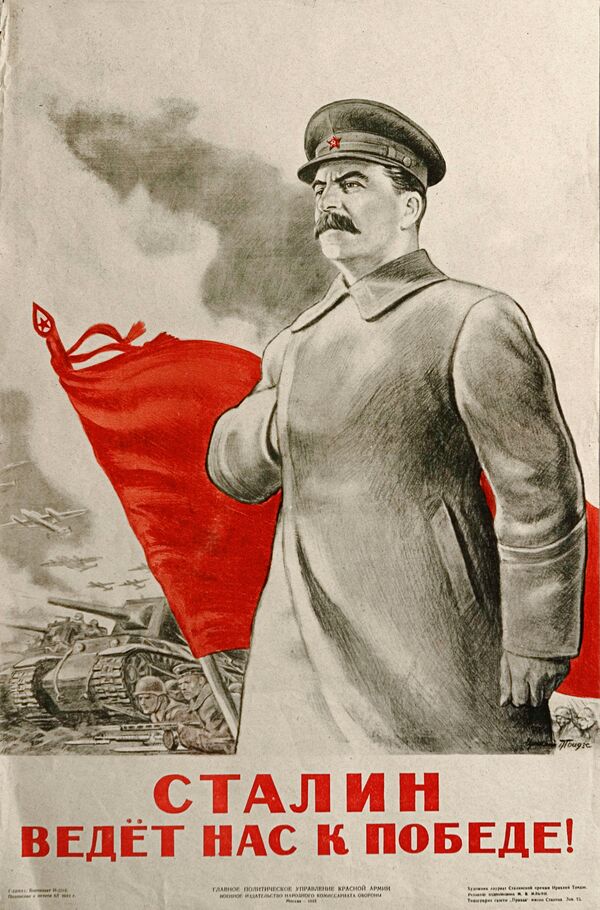 The advertisements coincide with the 130th anniversary of the birth of Stalin, who ruled Russia during World War II and sent millions of people to their deaths in prison camps during political purges in the 1930s.

The authorities have established the identity of the billboard owners and the group that ordered the adverts which turned out to be the local branch of the Communist Party. However, they are still to decide whether the billboards showing Stalin in military uniform with a slogan "Victory will be ours!" violates the city's advertising laws.

The advertising department at Voronezh City Hall was instructed to clarify whether the billboards could be classified as "improper advertising."

"Under the law, a billboard should be used for advertising purposes only, including social advertising. The billboard can not be used to display any other information. This is where I see the violation," Bobrovnikov said.

The exact number of those killed or imprisoned during Stalin-era repressions is not known, but according to research conducted by British historian Robert Conquest, more than 14 million people are estimated to have passed through the Gulag from 1929-1953 and an additional 6-7 million people were deported and exiled across the Soviet Union.

Soviet figures state that over 1 million people died in the Gulag from 1934-1953 not including those who died in labor camps, while Russia's Memorial human rights group says more than 40,000 people were executed in 1937-1938 alone.

Russia adopted legislation to rehabilitate victims of political repression in 1991. Prosecutors say more than 600,000 cases have been considered since the law was introduced.

Despite official recognition and condemnation of Stalin's personality cult and ongoing efforts to rehabilitate the victims of political repression, rights groups in Russia are still concerned that many Russians still view the dictator as a statesman.