Australian pilot saves injured passenger by burying him in sand 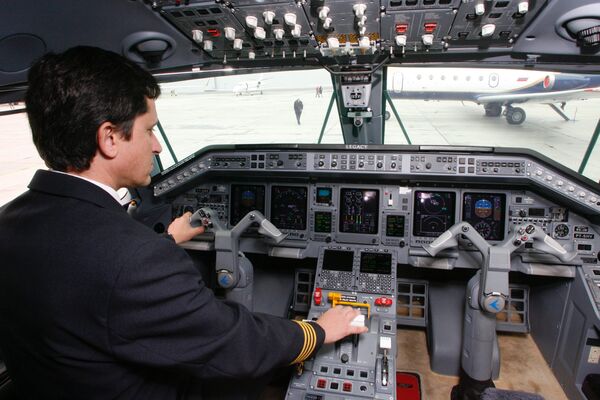 © RIA Novosti . Aleksey Nikolskyi
/
Go to the photo bank
Subscribe
An Australian pilot saved the life of his injured passenger by burying him in sand to prevent hypothermia after a helicopter crash in northern Australia, national media said on Tuesday.

MOSCOW, June 23 (RIA Novosti) - An Australian pilot saved the life of his injured passenger by burying him in sand to prevent hypothermia after a helicopter crash in northern Australia, national media said on Tuesday.

The helicopter, on a crocodile-spotting trip, crashed in remote mudflats near Darwin about 100 meters from the coast. The pilot, Phillip Irlam, had seen a crocodile and turned the aircraft to have a closer look.

"He spotted a croc and turned to have a look at it - and the next thing they knew, they were upside down in the mud," the Northern Territory News cited rescuer Ian Badham as saying.

Despite suffering shock and minor injuries, the pilot was able to pull the survivor to the shore, away from crocodiles, and used a satellite phone to call for help.

"Because he was concerned about hypothermia and shock, the pilot actually buried his passenger in a hole up to his neck to save him from further exposure," Badham said.

They waited for about an hour and a half for a rescue helicopter.

Hospital staff said the patient was in a serious but stable condition, and had undergone surgery for multiple rib, arm and finger fractures as well as internal injuries, shock, hypothermia and dehydration, The Australian reported.

The doctor treating the passenger said he would very probably not have survived had it not been for the pilot's efforts.