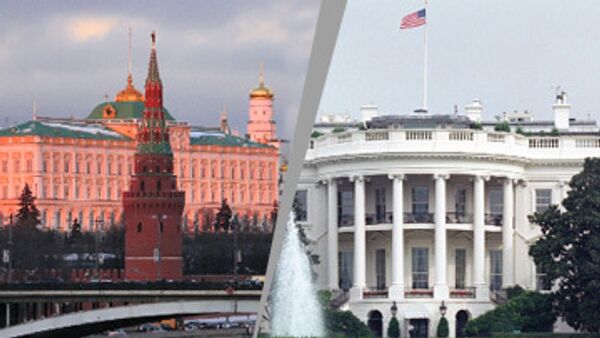 MOSCOW. (RIA Novosti political commentator Andrei Fedyashin) – On June 23-24, the United States and Russia will hold the third round of consultations on replacing the Strategic Arms Reduction Treaty (START I)

MOSCOW. (RIA Novosti political commentator Andrei Fedyashin) – On June 23-24, the United States and Russia will hold the third round of consultations on replacing the Strategic Arms Reduction Treaty (START I), which expires on December 5. Most likely, this will be the last meeting of the negotiating teams before President Dmitry Medvedev meets with Barack Obama in Moscow for the first time in two weeks from now, on July 6-8.

Strange as it may seem, but the Americans have not yet clearly outlined their position on the new treaty. They have merely made general statements about the need to further reduce strategic arms and find an adequate replacement for the expiring treaty, and expressed their readiness to cooperate with Russia for this purpose. There are not even usual pre-summit “inspired leaks” through which the White House tries to test the partner’s reaction, or brainwash the public.

It seems that Washington is seriously considering all options of agreements with Moscow, including possible concessions on missile defense facilities in Poland and the Czech Republic. The Obama Administration is unlikely to bury George W. Bush missile defense program before the Moscow summit. It is now revising it because it is very difficult, even for technical reasons, to curtail the Pentagon’s launched or partially funded programs, not to mention political opposition in Congress and in the Pentagon itself. Starting with such a big “retreat” will be too much even for Obama and his declared intention to “reset” relations with Russia. Such things are not done in one go.

There are some weak hints that Washington may initially agree to adjust its missile defense plans, impede their implementation, and then give up on them altogether. This is what happened with Ronald Reagan’s Star Wars program. Washington may seriously reconsider its plans and move the missile defense third positioning area closer to Iran’s borders, but these are merely assumptions for the time being.

During his visit to the Netherlands on June 19-20, President Medvedev made a statement to encourage his American counterpart to ponder over a treaty which could be called START III: “We cannot accept the American plan for creating global missile defense. I would like to emphasize that the Russia-proposed reductions are only possible if the United States removes Russia’s concerns. In any event, the link between strategic offensive and defensive armaments must be clearly sealed in the treaty.”

American experts noted immediately that despite being tough, this statement is by no means an ultimatum: either cancel missile defense or say goodbye to the new START Treaty. Sealing the link is not a demand to give up on the missile defense plan there and then.

The Americans seem to be doing all they can to link the new treaty with the Iranian nuclear program. This is what the bargaining is all about. In early June, Defense Secretary Robert Gates suddenly told journalists that he thinks Russia has softened its position on missile defense because it has been ostensibly persuaded that the Iranian nuclear program is much more advanced than it thought before. Judging by Medvedev’s statement in Amsterdam, Moscow does not seem to be convinced of this at all.

Most likely, the summit will produce a framework agreement or a protocol for continued work on the new treaty in 2010.

The opinions expressed in this article are the author's and do not necessarily represent those of RIA Novost.