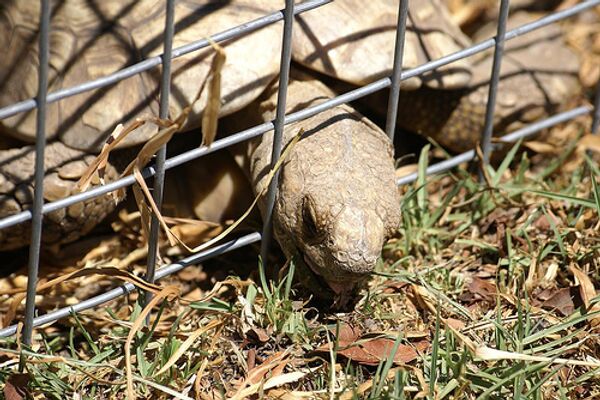 The turtles were found late on Sunday during a check on a train traveling from the Uzbek capital of Tashkent to Kharkov, a city in northeast Ukraine, the spokesman said.

The reptiles, wrapped in plastic, were discovered in a toilet and nearby window passage. "Some of the turtles were hidden in a niche and some were in bags," he added.

The total value of the cargo is estimated at $2,400. The reptiles are currently held by the customs officers.

Smuggling turtles is a profitable business in Uzbekistan, even though the reptiles, which are often transported by train, rarely survive the trip.