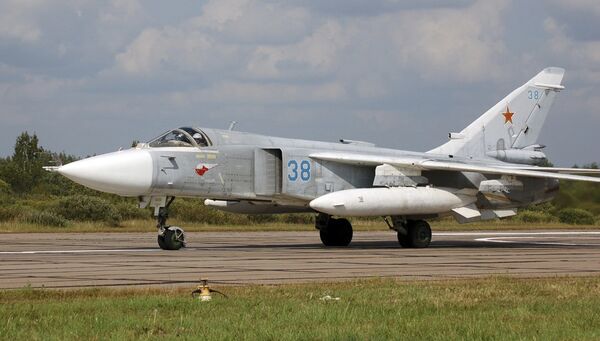 The Air Force has yet to make an official announcement.

A Su-24 crashed earlier on Friday in the Rostov region of southern Russia, with both pilots ejecting safely.

A Defense Ministry source said the crash was caused by "the failure of a system."

On Wednesday, a Su-24 aircraft crashed on a runway as it landed, but both pilots also ejected safely.

However, Su-24 flights continued after the Wednesday crash, which occurred in the Murmansk region in the far northwest.

"This Su-24 crash is not a catastrophe and therefore flights by this type of aircraft have not been suspended," a Defense Ministry spokesman said at the time.

The Su-24 is a two-seat, twin-engine attack aircraft similar to NATO's Tornado and Mirage 2000 planes.

The plane has been in service with the Russian Air Force since the mid-1970s. However, in recent years Russia has gradually been phasing out the planes, which have a patchy safety record.

According to the Defense Ministry, the Su-24 will be gradually replaced with new Su-34 Fullback strike aircraft, which has the potential to become the top plane in its class for years to come.