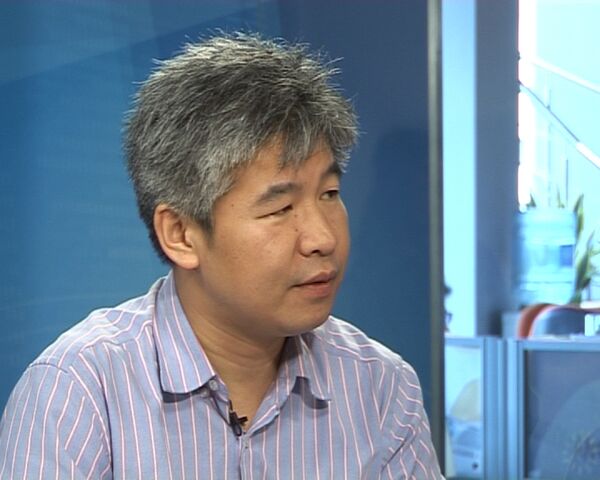 Interview with Lai Hairong, deputy Director and Senior Fellow at the China Center for Comparative Politics and Economics, a nonprofit academic institution associated with the Central Compilation and Translation Bureau of the Central Committee of the Communist Party of China.

Interview with Lai Hairong, deputy Director and Senior Fellow at the China Center for Comparative Politics and Economics, a nonprofit academic institution associated with the Central Compilation and Translation Bureau of the Central Committee of the Communist Party of China.

- A lot of people in Russia look at problems with China’s internal development in terms of politics, democracy etc. Do you see progress in this area? Is China considering some political reforms?

- Politically China has been changing and, I think, this political change in China has been somehow neglected a little bit by the outside world. If we don’t talk about the a-little-bit-abstract concept of democracy, if we go into concrete development in China, you can see a clear tendency of increasing transparency and participation in the political process. The Chinese government in 2008 passed a regulation opening government affairs, which aims at increasing transparency.

Naturally, it takes time to implement this regulation. It takes time for the rise in awareness of the public in pursuing a more transparent political process. And also, if you look at the increasing participation, there have been some improvements. For example, in the policy-making process you see consultation with different groups of people, not just within the framework of the People’s Congress and People's Political Consultative Conference, but also on other platforms you see more dialogue between decision makers and different groups of citizens. And these gradual developments also lead to a, I should say, if not more accountable, at least more responsive government.

- So there is sort of a feedback between government and the people?

- Yes. There has not been much change in elections, but in the appointments of the government officials you see more participation from the ordinary citizens in the political process.

- Are there any prospects for Western-style democracy in China or do you think it’s just cannot be applied to China’s specific situation?

- I think the Chinese elite and people are more and more accommodated to the universal values such as democracy and human rights. I believe China will be more democratic. But we do not know yet which particular form will be taken by China and when this new democracy will come into being. That we cannot say. But from a number of new developments you can see the possibility. For example, one particular field I would like to mention – increasing improvements in the rule of law. We have more laws, more consistent with other laws and also more consistent with the international norms in this law-making. And also in the judiciary, I would say, you can see a tendency of increasing professionalism, at least, if we don’t talk about independence yet. And also improvement in human rights, I would say.

- But still the United States continues to criticize China for human right record.

- Well, that’s natural. You see, in, say, early 1980s or late 1970s human rights were still considered a capitalist concept, a capitalist notion, even a

counter-revolutionary notion. But after these almost 20 years of continuous dialogue with the international community in 2004 we introduced an article of protection human rights into our constitution. That is already a big change. But to what extent this new article is being fully and completely implemented? We have a lot of problems and we need time for this new article to be taken by all the people.