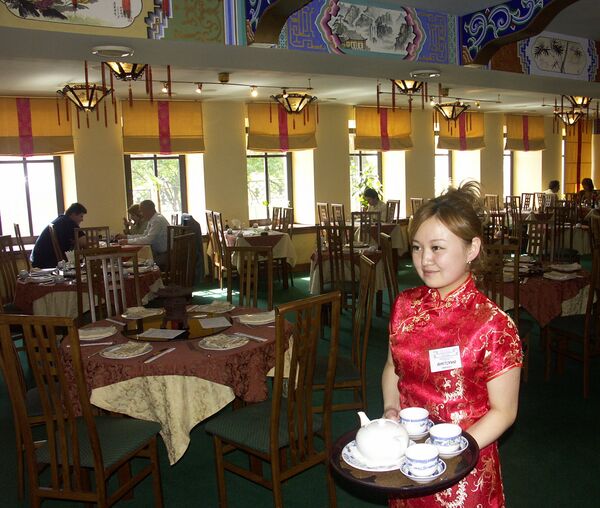 © RIA Novosti . Dmitry Korobeinikov
/
Go to the photo bank
Subscribe
A waitress in China who fatally stabbed an official and injured another when they tried to rape her was allowed to walk free by a court on Wednesday, the China Daily said

MOSCOW, June 17 (RIA Novosti) - A waitress in China who fatally stabbed an official and injured another when they tried to rape her was allowed to walk free by a court on Wednesday, the China Daily said.

Deng Yujiao, 21, was found "guilty with diminished responsibility" of assault and battery but exempted from a jail term on the grounds that she acted in self-defense. Although her actions were excessive, she gave herself up to police and had limited legal responsibility, and was diagnosed with manic depression, the ruling said.

The woman, who worked as a waitress at a bath house in the Central Chinese city of Badong, was sexually harassed by a group of officials who tried to force her to have sex with them on May 10.

Deng Zhongjia, 45, and Huang Dezhi, 41, both senior officials at the local business promotion office, "pushed and shoved and verbally insulted the waitress who refused to accompany them to take a bath."

"Deng Guida pulled out a wad of cash and tossed it at Deng Yujiao, and pushed her down twice on a sofa," the paper said.

Believing that she was about to be raped, the woman snatched a fruit knife and stabbed the two men in an attempt to protect herself.

The wounded official and a colleague who did not take part in the assault were sacked.

The trial caused a public outcry, and was widely discussed by internet users, who described the woman as "proud" and "fierce." She was praised as a fighter against women's rights violations, and abuse of power by officials in online discussions.

When Deng walked out of court, she was greeted by a crowd of at least 500 supporters.

After the verdict was announced, Deng told Xinhua that she was surprised because she had expected a harsh sentence. She added that she wanted to undergo treatment for her mental disorder, and to find a new job and learn new skills.