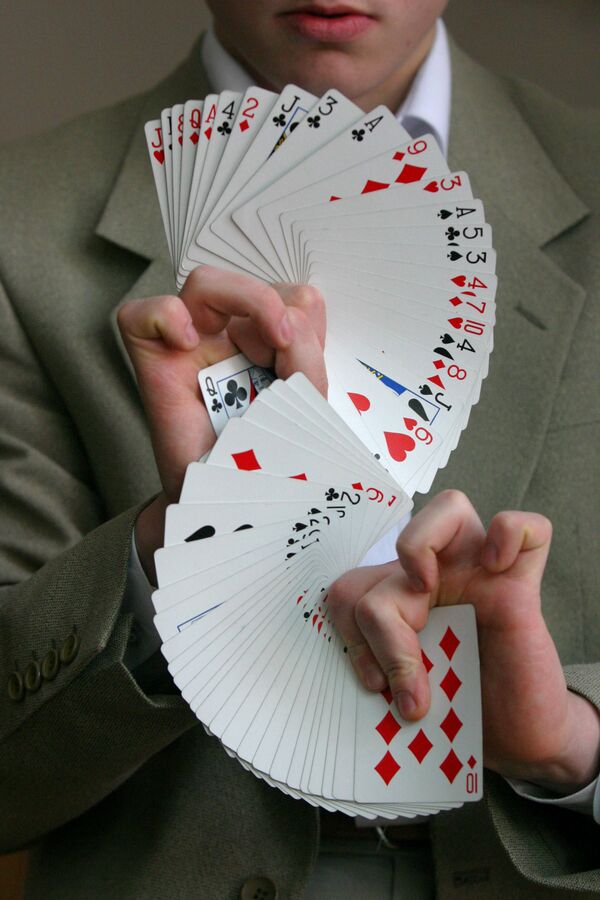 © RIA Novosti . Dmitry Korobeinikov
/
Go to the photo bank
Subscribe
The final seat in the town council of the small town of Cave Creek in Arizona was decided by drawing cards after both candidates garnered equal support, The Arizona Republic has reported

MOSCOW, June 17 (RIA Novosti) - The final seat in the town council of the small town of Cave Creek in Arizona was decided by drawing cards after both candidates garnered equal support, The Arizona Republic has reported.

According to a 1925 statute in Arizona's constitution, election ties should be broken "by lot."

Elections for governor, secretary of state, attorney general, treasurer and superintendent for public instruction are immune from the statute and are elected by the Arizona Legislature.

"Since we couldn't do a paintball showdown, we did something that is traditionally associated with the West, which is a card deck," Mayor Vincent Francia was quoted as saying by The Arizona Republic.

The current councilman, Thomas McGuire, 64, and his opponent, Adam Trenk, 25, each received 660 votes to take the last of seven seats on the town council. Cave Creek has approximately 5,000 residents.

Cave Creek's mayor on Monday drew one of three unopened decks of cards from a cowboy hat and a judge shuffled the deck six times. McGuire drew the six of hearts. Trenk drew the king of hearts, claiming victory and becoming the town's youngest ever citizen to take public office.

"It went smoothly. That's what I was hoping for," Francia said. "The candidates were nervous and they wanted to see this come to an end."

Trenk was sworn into office immediately after drawing the winning card and said he was "honored and humbled."

Last year, two school-board candidates rolled dice to decide the winner. In 1992, a game of poker resolved a stalemate in the primary for the state's Legislative District 6.