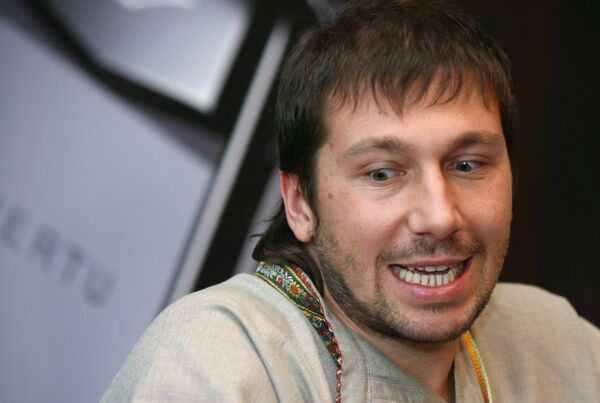 MOSCOW, June 17 (RIA Novosti) - Russia has sent a formal extradition request to the U.K. for businessman Yevgeny Chichvarkin, wanted in Russia on kidnapping and extortion charges, the top prosecutor's office said on Wednesday.

"The document sets out crimes Chichvarkin is accused of, and a request to take him into custody and extradite him to Russia for trial," office spokesperson Marina Gridneva said.

A co-founder of Russian mobile phone retailer Euroset, Chichvarkin has been on the wanted list in Russia since late January on suspicion of involvement in the 2003 abduction of the firm's shipping agent, who had allegedly stolen large quantities of mobile phones, as well as the extortion of money from him.

Earlier this month, the businessman, who was also reported to have been put on an international wanted list, attended a gala ballet performance at London's Convent Garden and a VIP supper after the event, along with Russian and foreign ballet stars and other dignitaries.

A host of Russian fugitives from justice, including billionaire Boris Berezovsky and former Chechen separatist emissary Akhmed Zakayev, have made their homes in Britain, with some of them gaining British citizenship or political asylum. Moscow has so far failed to have any of them extradited.

The charges against Chichvarkin were brought as part of a case against the former Euroset vice president and several other company officials.

Several Euroset security personnel held the agent at a rented apartment, beating him and demanding he pay for the stolen phones, a lawyer acting for Andrei Vlaskin was quoted by the Kommersant daily on Wednesday as saying. Fearing for his life, his relatives raised the money by selling his car and a country house.

Investigators said Chichvarkin was aware of the kidnapping and beatings.

The lawyer said Vlaskin, who is still under investigation for the suspected robbery, was innocent but had been used as a scapegoat "to bear responsibility for the firm's balance arrears."

Kommersant said a probe had been opened against the police officials suspected of setting Vlaskin up in 2003.

Lawyers acting for the detained Euroset suspects declined to comment on the new probe, saying they had not been formally notified of it, the daily said.