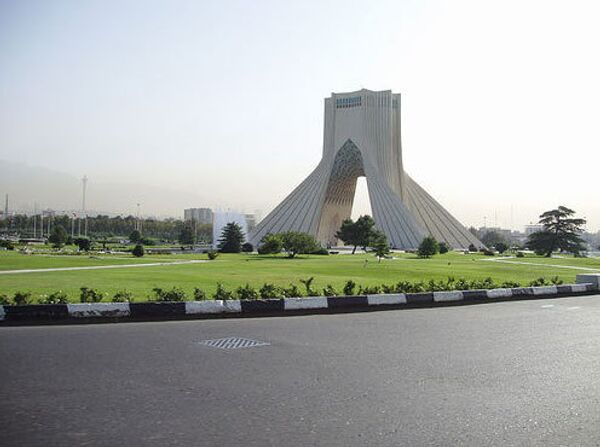 Iranian President Mahmoud Ahmadinejad was reelected with 63% of the popular vote. However, his opponent, Mir Hossein Mousavi, and his supporters have alleged the polls were rigged.

Pavel Zarifullin, editor-in-chief of the Russian information and analytical website Geopolitika, said that opposition newspapers were published during the presidential campaign and that Iranian state television broadcast protests against Ahmadinejad.

"I have been an observer at many elections, including Belarus and Moldova, but I have never seen such democratic elections as those in Iran," Zarifullin said at a press conference in Moscow.

Several people have died and dozens have been arrested in violent street protests in the capital, Tehran, since Saturday.

Zarifullin said however that the riots had taken place in only two regions of Tehran and that the remainder of the capital was quiet. He also said it was calm in other regions in Iran because the rest of the country had largely supported the president.

Iran's state-run Press TV quoted Iranian authorities as saying on Tuesday they had arrested the ringleaders of in the disturbances, many of whom were in possession of firearms and explosives. The number of detainees has not been disclosed.

The country's supreme leader, Ayatollah Ali Khamenei, has declared his support for Ahmadinejad, calling him the "elected president."