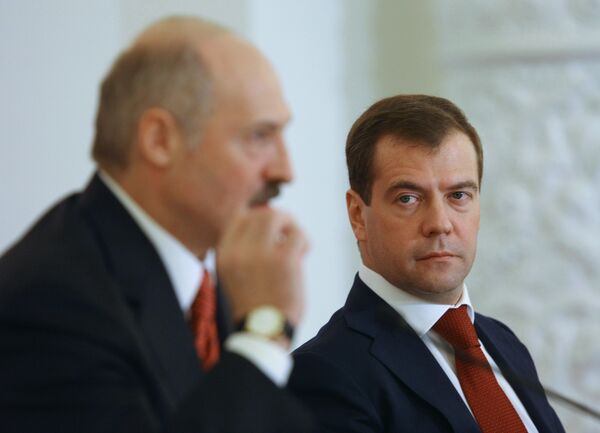 "We finished our talks on a positive note, signing a mutually acceptable agreement," Yelena Skrynnik said late on Tuesday.

Earlier in June, Russia banned imports of more than 1,000 types of dairy products from Belarus, saying producers in the ex-Soviet republic had failed to comply with new Russian standards.

Under the agreement, Russian producers of powdered milk will buy milk from Russian farmers, the minister said, adding the measure was aimed at preventing the dumping of powdered milk on the Russian market.

"Simultaneously, Russia will increase the import of Belarusian curd cheese, cheese and butter to meet our country's demand," Skrynnik said.

She said Russia and Belarus had developed control mechanisms for the implementation of the agreement.

"We understand that Russia and Belarus are fraternal countries, they should develop bilateral trade, but it should be mutually advantageous," the Russian minister said.

Minsk warned earlier on Tuesday that it would toughen customs controls on its land border with Russia from Wednesday.