Ahmadinejad to arrive in Russia on Tuesday - Iranian Embassy 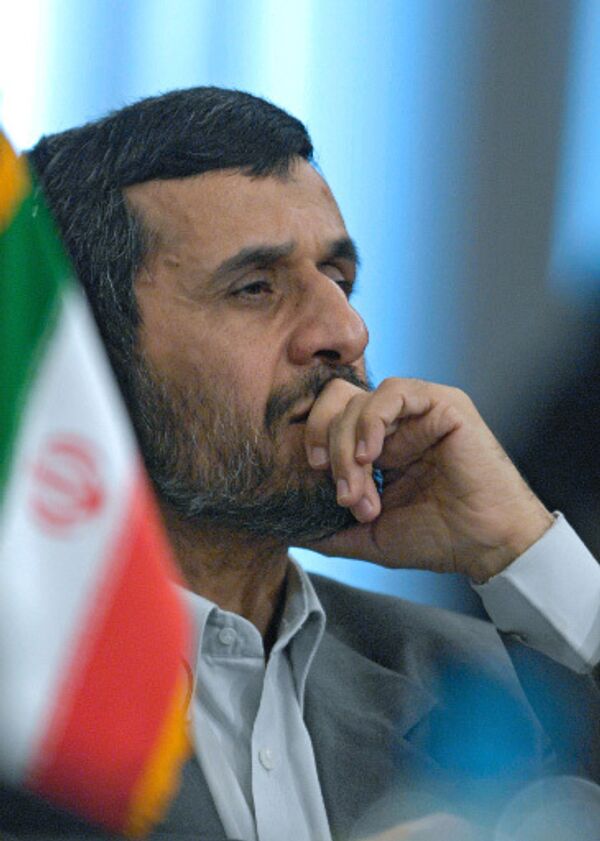 Subscribe
International
India
Africa
Iranian President Mahmoud Ahmadinejad will arrive in Russia on Tuesday for a regional summit that began on Monday, a source at Iran's embassy in Moscow said.

MOSCOW, June 15 (RIA Novosti) -Iranian President Mahmoud Ahmadinejad will arrive in Russia on Tuesday for a regional summit that began on Monday, a source at Iran's embassy in Moscow said.

Earlier the embassy said that Ahmadinejad had postponed his visit to the Urals city of Yekaterinburg, in which he was to attend the two-day summit of the Shanghai Cooperation Organization (SCO), bringing together Russia, China and the four ex-Soviet Central Asian republics of Kazakhstan, Kyrgyzstan, Tajikistan and Uzbekistan.

"We have been told from Iran that the president will arrive in Russia tomorrow," a source in the Iranian embassy said on Monday.

The reason for the Iranian president's delay was not disclosed, although the announcement of his victory in Friday's presidential elections caused widespread civil disturbances over the weekend.

Iran, India, Pakistan and Mongolia hold observer status in the SCO, which has traditionally focused on security issues but is increasingly encompassing economic and energy projects.

Ahmadinejad was due to meet with Russian President Dmitry Medvedev on the sidelines of the summit on Monday to discuss bilateral ties and Iran's controversial nuclear program. It is not clear if their meeting has been rescheduled for another date.

Russia is completing the construction of Iran's first nuclear power plant and has supplied nuclear fuel for it. The international community suspects Iran of seeking to build a nuclear bomb under the guise of the civilian program, something that Tehran denies.

Tehran and other Iranian cities were swept by mass protests at the weekend over alleged vote fraud in the landslide reelection of the hardline president.

Mousavi has challenged the results and his accusations of vote rigging will be examined by the Guardian Council, a top clerical body with wide responsibility for electoral issues.