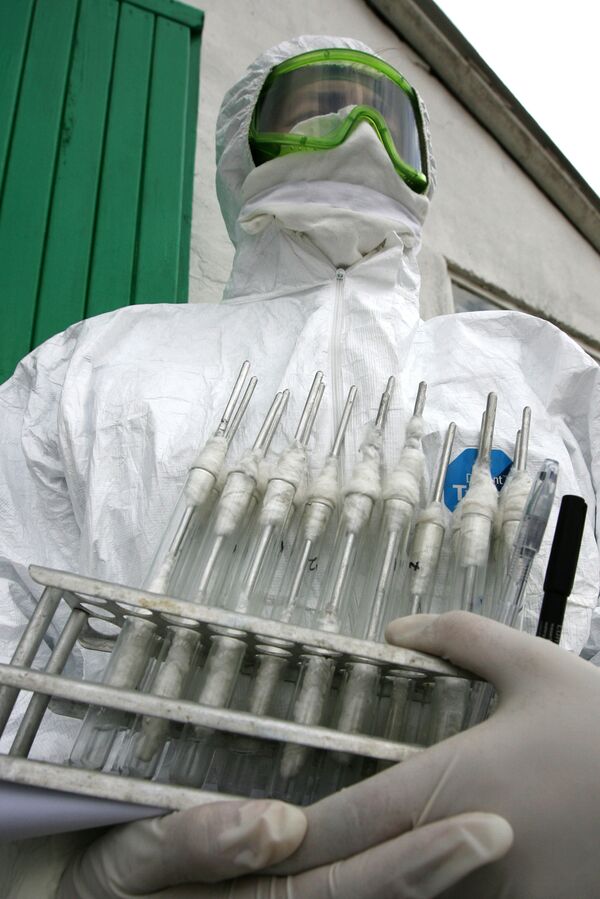 The World Health Organization (WHO) declared on Thursday its first flu pandemic of the 21st century following an emergency meeting on the swine flu outbreak that has hit 74 countries.

MOSCOW, June 11 (RIA Novosti) - The World Health Organization (WHO) declared on Thursday its first flu pandemic of the 21st century following an emergency meeting on the swine flu outbreak that has hit 74 countries.

UN body's chief Margaret Chan announced that the WHO decided to raise the pandemic alert level to the maximum of 6.

"The world is moving into the early days of its first influenza pandemic in the 21st century," Chan told reporters.

"The virus is now unstoppable," she said.

Under WHO guidelines, a key criteria for declaring a pandemic is a confirmed community spread in a country outside the first region the disease was reported.

Chan said the pandemic, which originated in Mexico and now had swept through the United States, Europe, Australia, and South America, was moderate in nature, but could last for a long time.

She reiterated, though, that the WHO's 193 member countries should not close borders or impose travel restrictions to halt the movement of people, goods and services due to a geographical expansion o the virus.

The WHO reported on June 10 that a total of 28,774 cases of A/H1N1 virus resulting in 144 deaths had been officially confirmed in 74 countries.

Meanwhile, a Russian government official told RIA Novosti on Thursday that Russia is not overly concerned with the new pandemic.

"There is no reason for concern. The situation in Russia is under control," he said adding that only three swine flu cases had been registered so far in the country and all patients had recovered.

An influenza pandemic is an epidemic of an influenza virus that spreads on a worldwide scale and infects a large proportion of the human population.

There were three flu pandemics in the last century.

The 1918 Spanish flu was the most serious pandemic, claiming over 50 million lives. It was followed by the Asian Flu in 1957 with up to 4 million deaths, and the Hong Kong Flu in 1968 resulting in about 1 million deaths.