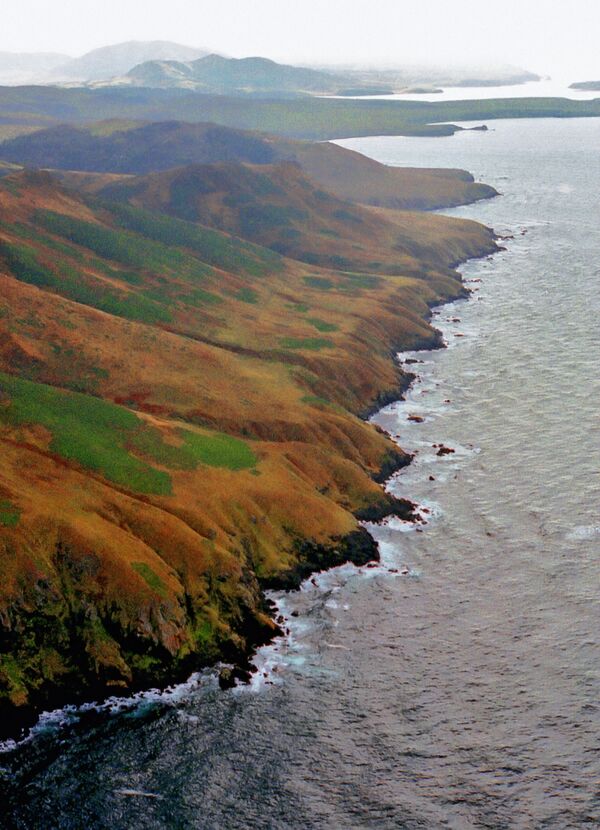 © Sergey Krivosheyev
/
Go to the mediabank
Subscribe
International
India
Africa
The Russian Foreign Ministry said on Thursday a bill on the return of the disputed Southern Kuril Islands going through the Japanese parliament was "inappropriate and unacceptable."

MOSCOW, June 11 (RIA Novosti) - The Russian Foreign Ministry said on Thursday a bill on the return of the disputed Southern Kuril Islands going through the Japanese parliament was "inappropriate and unacceptable."

"Such a move by the Japanese side is inappropriate and unacceptable," the Foreign Ministry said.

Moscow and Tokyo have sparred for 60 years over the four South Kuril Islands, former Japanese territory annexed by the Soviet Union at the end of World War II.

Earlier on Tuesday, the lower chamber of the Japanese parliament amended a bill on what Japan calls the Northern Territories, declaring the islands "historic territory of Japan" and demanding steps for their swift return.

The ministry ruled out the possibility of returning the territories to Japan.

"It is well known that the Southern Kuril Islands were transferred to Russia in the end of the World War II on legal grounds," the Foreign Ministry said. "For this reason, this issue was not, is not and will not be a subject for discussion."

The ministry expressed its concern over the recent moves by Tokyo that "seem to escalate its illegal territorial claims to Russia."

"First of all, unacceptable statements on 'the illegal occupation of Southern Kurils by Russia' were made, now the idea of their 'return' is being obtrusively voiced by the parliament," the statement said.

In late May, Japanese Prime Minister Taro Aso made remarks on the "ongoing occupation" of the South Kuril Islands by Russia, which provoked Russia's indignation.

Prime Minister Vladimir Putin has said that Moscow would only sign a formal peace treaty with Tokyo on terms that meet Russia's interests.