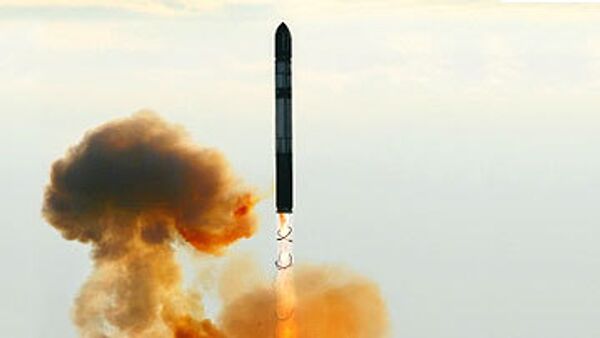 Russia plans by 2016 to improve the ability of its range of ballistic missiles to overcome missile defenses, the Strategic Missile Forces (SMF) commander said on Wednesday.

"By 2016, we will significantly modernize not only missile systems but also command-and-control systems in order to improve their ability to overcome missile defenses and increase the survivability of delivery vehicles," Col. Gen. Nikolai Solovtsov said at an SMF reserve command center.

Silo-based missiles constitute 45% of the total ballistic missile arsenal. They carry about 85% of nuclear warheads deployed by the SMF.

The SMF will also adopt in the near future a third-generation command-and-control system to improve the launch and targeting procedures for ballistic missiles.

"This system, apart from traditional tasks related to launch procedures, gathering of various data, and control over combat readiness of the launchers, will facilitate a quick response to changing deployment plans and quick retargeting of the missiles," Solovtsov said.