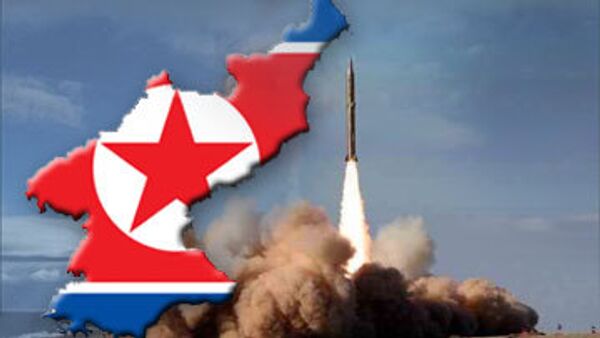 Subscribe
International
India
Africa
Russia's UN envoy said a "consensus" was close following talks on a new resolution on North Korea for carrying out a nuclear test in defiance of the UN Security Council.

UNITED NATIONS, June 10 (RIA Novosti) - Russia's UN envoy said a "consensus" was close following talks on a new resolution on North Korea for carrying out a nuclear test in defiance of the UN Security Council.

The five permanent members - Russia, the U.S., China, France, the U.K. - along with North Korea's neighbors, Japan and South Korea, had hoped to reach an agreement following a closed-door meeting on Tuesday, to determine what will be included in the sanctions following Pyongyang's May 25 nuclear test and subsequent missile launches.

"We have just received the final draft of the text discussed by the 'seven.' It has been sent to Moscow. We are satisfied that a consensus is emerging on the draft text," Vitaly Churkin told journalists following the meeting.

U.S. envoy Susan Rice said on behalf of the seven, "We're making progress, but we're not done yet. I am hopeful that this will be concluded relatively soon."

The UN Security Council has already denounced Pyongyang's May 25 nuclear test as a violation of Resolution 1718 and the international non-proliferation regime. North Korea is under a number of UN sanctions over its first nuclear test, carried out in 2006.

Possible new sanctions may include a ban on importing and exporting all arms and not just heavy weapons, additional asset freezes and travel bans for North Korean officials, and placing more firms on a UN blacklist, according to UN sources.

Churkin earlier said that the new document should be aimed at reducing the risks of nuclear proliferation and encouraging a return to six-nation talks on North Korea's nuclear program, but should not cause hardship for the civilian population.

Russian President Dmitry Medvedev has said he is ready to support economic sanctions to deter North Korea's nuclear program, and will discuss Pyongyang's nuclear test with his U.S. counterpart during Barak Obama's visit to Moscow in July.