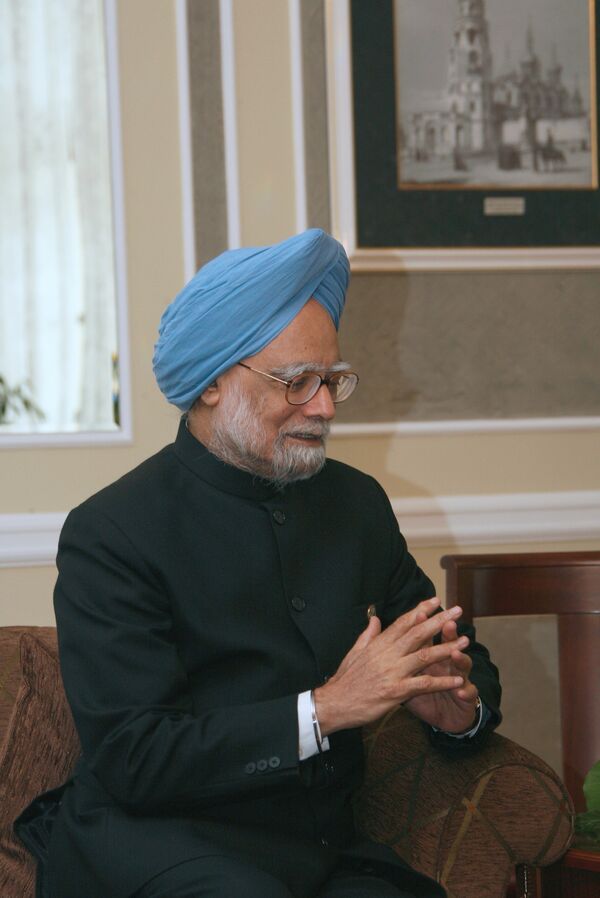 © RIA Novosti . Ruslan Krivobok
/
Go to the photo bank
Subscribe
Indian Prime Minister Manmohan Singh said on Tuesday he was "appalled" by a recent surge in "racist" attacks on Indian students in Australia.

According to the Times of India, there have been at least 11 attacks on Indian students in Australia in the past month, which have provoked a public outcry in India.

"I have been appalled by the senseless violence and crime, some of which are racist in nature," the paper quoted him as saying.

The prime minister said he was ready to launch high-level talks over the issue after meeting with his Australian counterpart Kevin Rudd.

"I have already spoken to the prime minister of Australia, and he has assured me that any racial attack would be strongly dealt with," Singh said.

Australia initially refused to recognize the incidents as race-hate crimes, but later an Australian police chief, Simon Overland, admitted that some of the attacks were "racially motivated," the Times of India said.

On Tuesday evening Indian protests in Sydney turned violent, and three men were injured. Police said the incident was a retaliation against an attack on an Indian student by men of "Middle Eastern descent".

Australia has encouraged Indian students to come to the country to study in recent years, bringing their number up to 95,000.