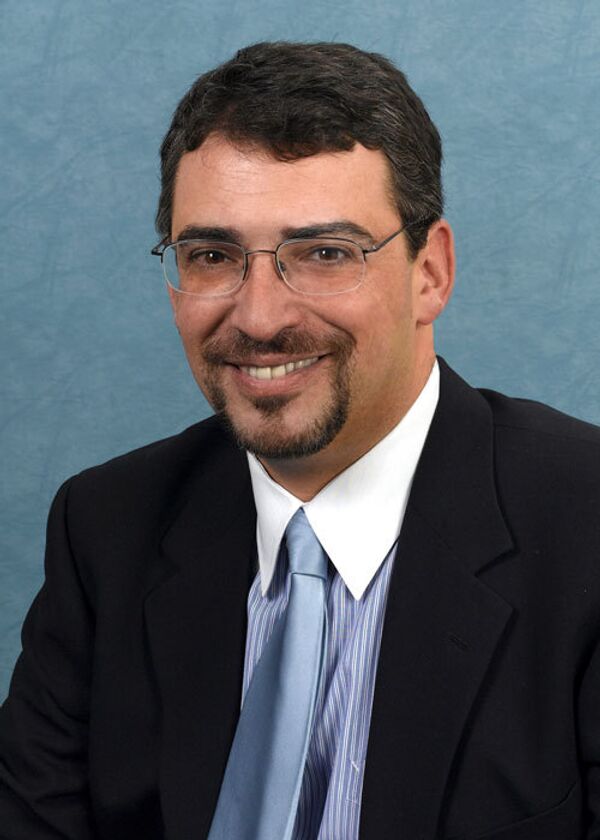 Senior Research Fellow at the Washington-based Heritage Foundation Dr. Ariel Cohen shared with RIA Novosti his opinion on the outcome of the parliamentary elections in Lebanon, the future of the country, and the upcoming presidential elections in Iran.

Senior Research Fellow at the Washington-based Heritage Foundation Dr. Ariel Cohen shared with RIA Novosti his opinion on the outcome of the parliamentary elections in Lebanon, the future of the country, and the upcoming presidential elections in Iran.

Did you expect such election results in Lebanon?

I am a congenital pessimist; I was concerned that Hezbollah may win somehow - even if you count the number of Sunnis and Christians in that country, they are a majority.

This is a good development that they didn’t. I think it tells us that the electorate in Lebanon is mature and people understood what is at stake, because, really, the future of Lebanon was at stake.

The “14 March” coalition is more progressive, more Western oriented, more focused towards economic development, then Hezbollah-led coalition. So, these are good news. Also, it indicates that the conflict between Lebanon and Israel is, at least, under control, in some kind of stasis. If Hezbollah took over the Lebanese state, it would have used the whole state as a bridgehead in the war against Israel. So, in that respect it is also a positive development. Hezbollah is a fully owned subsidiary of Iran and I think it is also a signal that the power of the Iranian extremists, including inside Iran, the power of the radicals, led by president Ahmadinejad, may be challenged.

There is hope that the current candidate, if he wins, will be more pragmatic, but, again, as I said, I am a pessimist – I have my own sources that tell me that Ahmadinejad not only may win, but there may be serious tampering and fraud to ensure his victory. So, we’ll see how that goes. What is also very interesting about Iran, actually, there is a couple of things. One is to understand that the more moderate regime may be a much better partner for the United States for the dialogue that the Washington is offering to Iran.

The second point is that the supporters of the candidate Mousavi are younger, more urban and educated, and are using the internet and modern information technologies broadly, including text messages, the Twitter, Facebook, etc.  But while they are using it broadly,  we also recognize that there are millions and millions people in Iran that are not part of the 21st century information revolution and these people also vote. The elections are scheduled for June 12th, which is Friday. A lot of people will be in the mosques, getting recommendations and instructions from the imams on how to vote and in that respect I am concerned that the vote may go to Mr. Ahmadinejad.

Returning to the elections in Lebanon, do you think it is a success of the behind-the-curtain US diplomacy in the Middle East? Because everybody says that this a US-backed government, or political force.

I do not agree that this is pro-US force per se. I’ll explain why. The historic roots of the Lebanese Christians are, in terms of political support, with France and with Europe. Lebanese Christians are the most Europeanized element in the Arab Middle East, They are not as Americanized as they are Westernized.

Yes, US supports the Seniora government, but, in terms of the orientation, essentially, it is pro-European, pro-Western Europe. It is also important to notice the Sunni Arab dimension here, because Saudi Arabia was extremely unhappy with the increase of Hezbollah power. If you remember, in the 2006 Hezbollah-Israel war – the Saudis didn’t even denounce Israel for a long time and they were not happy with Hezbollah. That’s an important signal. And the Sunni Arabs in Lebanon have traditionally - from Prime Minister Hariri back, - have an important relationship with the Saudis. So, it’s a victory, I would say for Europe, first of all, it’s a victory for Lebanon, for Lebanese people, because they narrowly escaped the domination by Hezbollah and Iran.

But I would say, it’s too early to pop-up a bottle of Champagne, because I don’t think Hezbollah will give up that easily.

Exactly. I totally agree with you that Hezbollah will find pressure points, they will try to figure out how they can push this government.  When they used force last year, the “14 March” coalition had no real response in terms of the muscle, in terms of the military defensive action. They don’t control the army, they don’t have their own strong militia that can compare with Hezbollah, and they allowed Hezbollah to become a state within a state -- and that’s the tragedy of Lebanon. One more point: while these [the election results] are pretty good news for the more sane forces in the Middle East, now the Lebanese government, based on the popular mandate, needs to disarm Hezbollah in accordance with the UN resolutions!