Afghanistan asks Kyrgyzstan to extend lease on anti-terror base 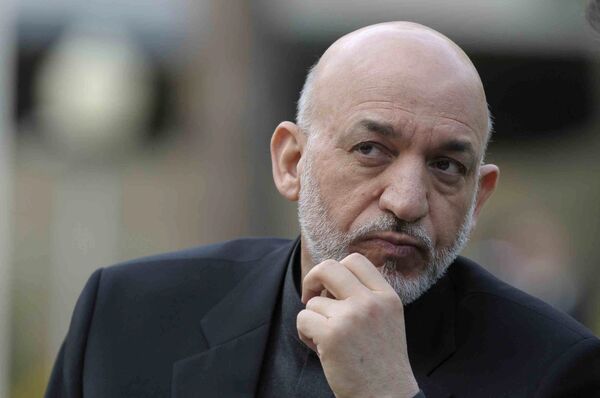 © RIA Novosti . Sergey Guneev
/
Go to the photo bank
Subscribe
Afghan President Hamid Karzai has sent a letter to his Kyrgyz counterpart requesting an extension to the Manas airbase lease used by the international anti-terror coalition, a Kyrgyz presidential spokesman said on Monday.

President Kurmanbek Bakiyev signed a decree in February to close down the U.S. Ganci Airbase at Manas airport located 30 kilometers (17 miles) east of the capital, Bishkek.

The base, staffed mainly by U.S. Air Force personnel, has been used since 2001 to support NATO operations in nearby Afghanistan.

He said the Afghan president had described "the situation that has evolved in his country" and asked his Kyrgyz counterpart for a meeting and dialogue.

He added that bilateral talks between the two presidents could take place during a Shanghai Cooperation Organization summit in Yekaterinburg where Karzai has been invited as a guest.

Kyrgyzstan officially notified Washington of the termination of the agreement on the U.S. military presence at the base, and gave the country 180 days to withdraw some 1,200 personnel, aircraft and other equipment.

In April, Bakiyev signed a law ending the deployment of foreign military contingents from Australia, Denmark, Italy, Spain, South Korea, the Netherlands, Norway, New Zealand, Poland, Turkey and France, at the Manas base.