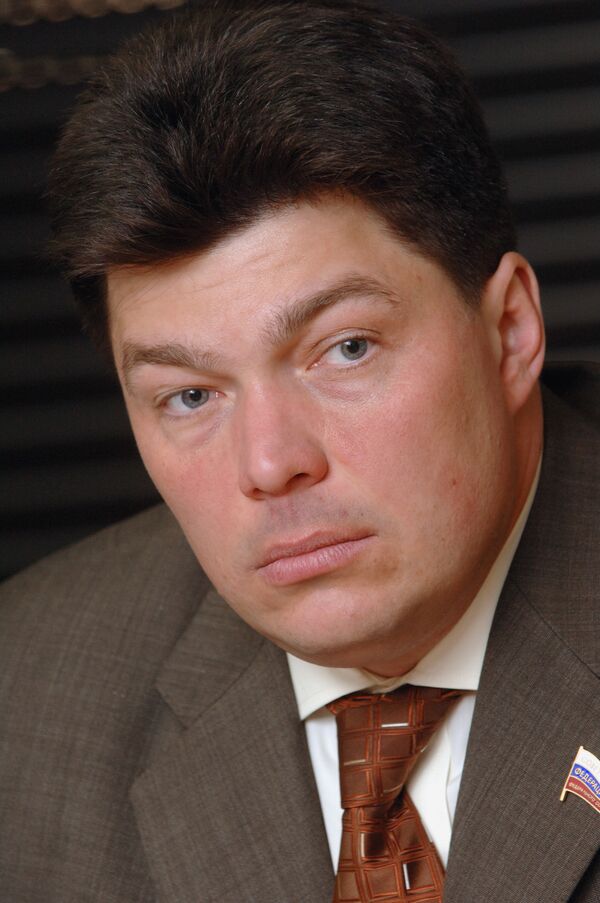 © Vladimir Viatkin
/
Go to the photo bank
Subscribe
The coalition that won Sunday's parliamentary elections in Lebanon will be able to resolve the most urgent of the country's problems, a Russian top senator said on Monday.

MOSCOW, June 8 (RIA Novosti) - The coalition that won Sunday's parliamentary elections in Lebanon will be able to resolve the most urgent of the country's problems, a Russian top senator said on Monday.

Ziad Baroud, who also heads the election commission, said the coalition, led by Saad al-Hariri, the son of ex-premier Rafik Hariri killed in 2005, won 71 seats out of 128, against 57 seats won by the opposition, with Hezbollah retaining 11 deputy mandates. The previous parliament had a 70/58 ratio.

According to observers, one of the reasons for the opposition's failure was a fear among Lebanese, first of all Christians, that a Hezbollah victory could make Lebanon an Islamic state like Iran and increase the threat of a new confrontation with Israel.

Margelov recalled that actions by the opposition "March 8" coalition led to a war between Lebanon and Israel, which resulted in ruin and a humanitarian catastrophe. That is why, he said, by supporting the ruling coalition, the Lebanese chose peace and stability.

"The election results show that Lebanon has a desire for change, the desire to move along a course set for stability," Margelov said. "This does not mean that peace will come to the region at once and as if by magic all its humanitarian and economic problems will be resolved."

Syria for decades dominated Lebanon, before finally pulling its troops out of the neighboring country in April 2005. This came just two months after the assassination of the former Lebanese premier Rafik Hariri in a Beirut bombing. Damascus has denied any involvement in the assassination.

Margelov noted that voters were active, and said the situation was very calm.

"Tranquility both in Beirut and beyond its borders made me happy. A country where probably each resident has a well-oiled Kalashnikov assault rifle under his bed, demonstrated, however, an absolutely peaceful civilized - as bureaucrats say, balanced, approach to the elections," he said.

"This is a very important example, actually, for the entire Middle East, an example of how a country following a very hard path of modernization, comes to realize the necessity of democratic procedures through this modernization. This is what was demonstrated."

George Mitchell, U.S. President Barack Obama's Mideast envoy, is expected to stop in Syria during a visit to the region this week.