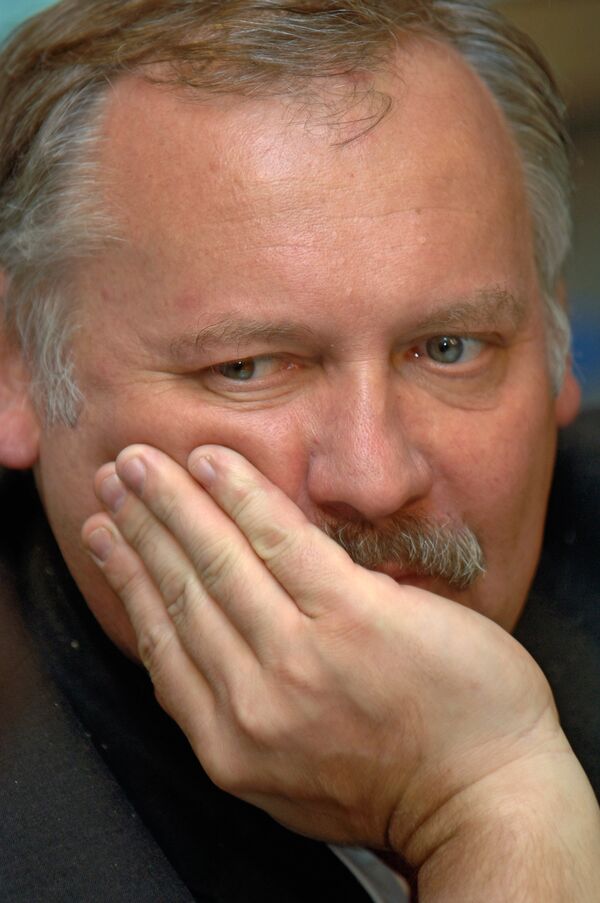 © RIA Novosti . Vladimir Vyatkin
/
Go to the mediabank
Subscribe
International
India
Africa
Russia's Foreign Ministry said the refusal by Ukrainian authorities to allow a Russian lawmaker entry into the country at the weekend was "unfriendly."

MOSCOW, June 8 (RIA Novosti) - Russia's Foreign Ministry said on Monday the refusal by Ukrainian authorities to allow a Russian lawmaker entry into the country at the weekend was "unfriendly."

Konstantin Zatulin was denied entry into the country upon arrival at Simferopol Airport, in the Ukrainian Crimean Autonomous Region, on Saturday. Ukraine declared the lawmaker persona non grata last summer, over what Kiev said was "anti-Ukrainian statements."

"Such decisions, which have become a tradition, run counter to the interests of Russian-Ukrainian relations," Foreign Ministry spokesman Andrei Nesterenko said. "Politicians in Kiev should think about the possible consequences and make sure this practice is abandoned."

The ministry reiterated its proposal to stop the practice of compiling "blacklists" that "sow mistrust in bilateral relations."

After being forced to spend some time on the plane, which had flown in from St. Petersburg, the lawmaker felt unwell. Medics called to the plane said Zatulin was suffering with high blood pressure.

Zatulin was barred from entry to the Crimea last July and declared persona non grata in Ukraine over his participation in anti-NATO protests. The lawmaker also said the Crimean peninsula - where the Russian Black Sea Fleet's main base of Sevastopol is located - was rightfully part of Russia.

Ukraine's security service said the ban on Zatulin's entry had not been lifted, although the MP had filed an appeal with a Ukrainian court.

Nesterenko also said Kiev's appeals for improving ties had not been backed by practical steps.

The ex-Soviet neighbors have moved to settle their differences, which include gas prices, Ukraine's bid to join NATO and the Russian naval base's stay in Sevastopol, amid the global economic crisis that has affected them both.

The Crimea was part of the Russian empire and of Soviet Russia until Soviet leader Nikita Khrushchev awarded it in 1954 to Soviet Ukraine, where he had lived and ruled. After the Soviet Union's breakup in 1991, the peninsula became part of independent Ukraine.