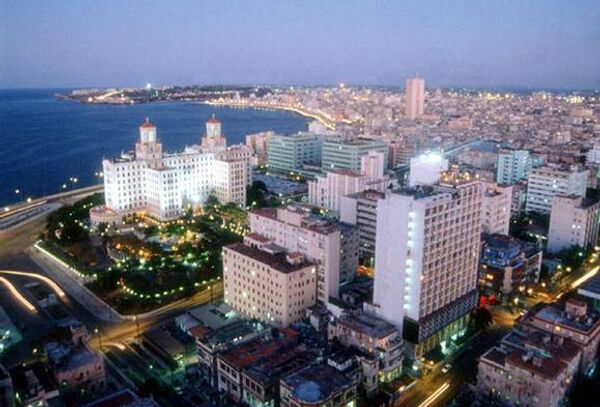 © www.turamda.ru
Subscribe
Cuba's foreign minister says the country has no plans to return to the Organization of American States despite the organization's vote to revoke Havana's 1962 suspension.

HAVANA, June 8 (RIA Novosti) - Cuba's foreign minister says the country has no plans to return to the Organization of American States despite the organization's vote to revoke Havana's 1962 suspension.

"There is no discussion about Cuba's reentry into the OAS," Foreign Minister Bruno Rodriguez was quoted as saying in the Granma state newspaper on Monday.

Cuba was suspended 47 years ago from the organization headquartered in Washington for its socialistic policies. The organization was initially founded to counteract communism in the Western hemisphere.

Cuba's suspension was withdrawn on Wednesday in a unanimous vote at a meeting of foreign ministers in Honduras.

However, Cuba would have to ask to rejoin the organization, a point which the United States claimed as a victory. Washington had been pressuring the OAS for weeks to condition Cuba's readmission to the group on democratic principles and commitment to human rights.

Ecuador's foreign minister said there would be no such conditions.

"This is a new proposal, it has no conditions - of any kind," Fander Falconi said. "That suspension was made in the Cold War, in the language of the Cold War. What we have done here is fix an historic error."

U.S. Secretary of State Hilary Clinton maintained that Cuba's reintegration into the organization was not automatic and would depend on its commitment to the "principles of the organization, including democracy and human rights."

"I am pleased that everyone came to agree that Cuba cannot simply take its seat and that we must put Cuba's participation to a determination down the road - if it ever chooses to seek reentry," she said in a statement on Thursday.

Opposition to the organization remains strong in Havana, with the foreign minister declaring ahead of last week's meeting that the country would continue to refuse to subjugate its interests.

"One way or another, the OAS is totally anachronistic; it serves other interests, and we feel that our path, Cuba's path, is one of Latin American and Caribbean integration, without a presence from outside the continent," Rodriguez said.