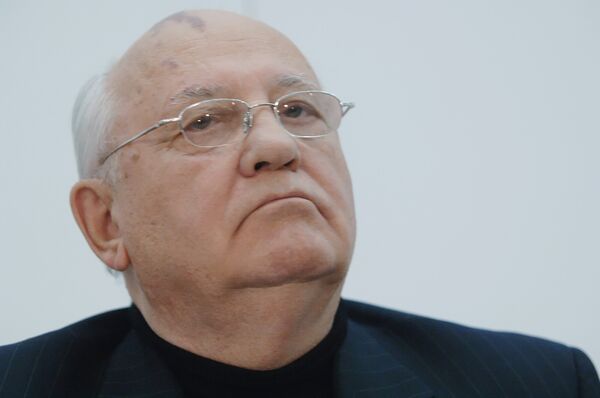 In an article for the Washington Post, Gorbachev wrote: "In the West, the breakup of the Soviet Union was viewed as a total victory that proved that the West did not need to change. Western leaders were convinced that they were at the helm of the right system and of a well-functioning, almost perfect economic model. Scholars opined that history had ended. The 'Washington Consensus,' the dogma of free markets, deregulation and balanced budgets at any cost, was force-fed to the rest of the world.

"But then came the economic crisis of 2008 and 2009, and it became clear that the new Western model was an illusion that benefited chiefly the very rich. Statistics show that the poor and the middle class saw little or no benefit from the economic growth of the past decades.

"The current global crisis demonstrates that the leaders of major powers, particularly the United States, had missed the signals that called for a perestroika. The result is a crisis that is not just financial and economic. It is political, too.

"The model that emerged during the final decades of the 20th century has turned out to be unsustainable. It was based on a drive for super-profits and hyper-consumption for a few, on unrestrained exploitation of resources and on social and environmental irresponsibility."

Nobel Peace Prize winner Gorbachev is widely respected in the United States and Europe for his role in ending the Cold War, but criticized by some in Russia for the reforms that led to the collapse of the Soviet Union and the ensuing chaos.