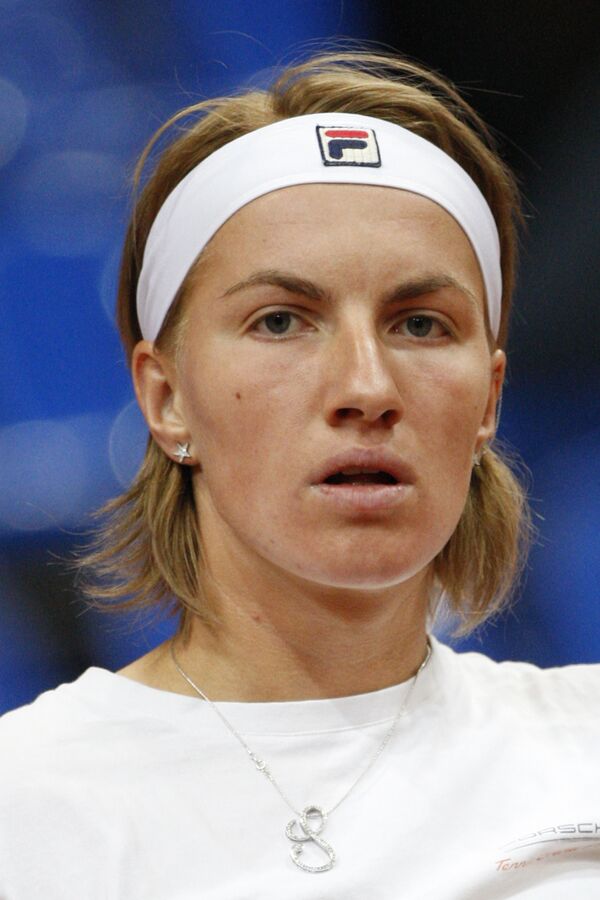 Kuznetsova, seeded-seventh, said after her straight-set win, "It's a really special moment for me. I'm so happy to finally get my hands on the trophy," and the 23-year-old added that she felt confident prior to the match, "I knew everything would be alright. I felt just like I did at the U.S. Open and knew I would win today."

It was a long wait for Kuznetsova, whose last grand slam title was almost five years ago in New York at the tender age of 19. However, she showed none of her usual nerves on her way to victory and a $1.5 million pay cheque.

In comparison the world No. 1, who also lost in last year's final to Ana Ivanovic, had battled her nerves throughout the game, hitting double faults as her opponent broke her serve five times.

During the presentation of the trophy, an emotional Safina said, "Hopefully, I can win here one day."