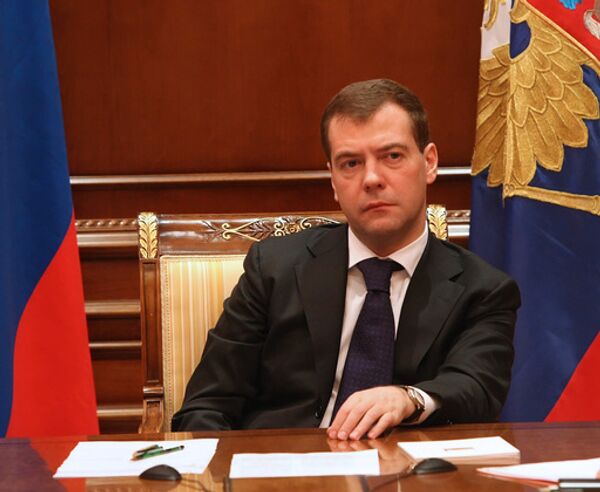 "One of the priority tasks is guaranteeing all population groups access to food...requiring the modernization of the institutions involved in monitoring and responding to global grain price instability on the basis of honest competition," Medvedev said in a welcoming statement to the World Grain Forum, which opened in St. Petersburg on Saturday.

The Russian leader said he was confident that "the proposals and recommendation that are worked out at the forum will contribute to the strengthening of business contacts, and the realization of new international projects."

Representatives from over 40 countries are participating in the World Grain Forum, which coincides with the city's hosting of the International Economic Forum and will be attended by agriculture ministers, heads of international and financial organizations, national and international agricultural associations, market players and experts.

Viktor Zubkov, a Russian first deputy prime minister, said in May that as the world's fourth-largest grain exporter Russia intended to improve its export policy on the grain market and increase grain deliveries to Asia Pacific region countries.