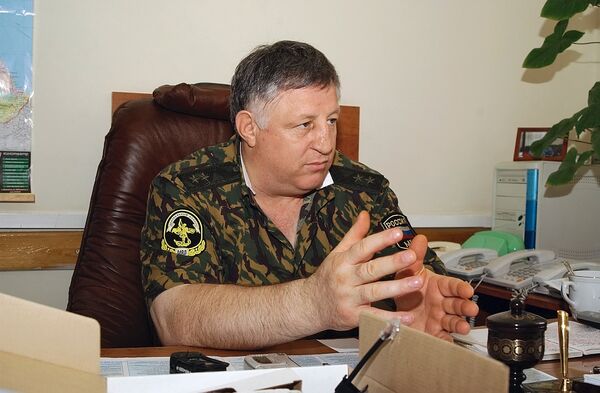 The interior minister of the southern Russian republic of Daghestan was assassinated afternoon while at a wedding reception in the capital, Makhachkala

MAKHACHKALA, June 5 (RIA Novosti) - The interior minister of the southern Russian republic of Daghestan was assassinated on Friday afternoon while at a wedding reception in the capital, Makhachkala.

Lt. Gen. Adilgerei Magomedtagirov, 52, was wounded in the heart and died in hospital without regaining consciousness, an Interior Ministry spokesman said.

Preliminary reports said Magomedtagirov was shot when a sniper opened fire from the rooftop of a neighboring building at him and several other high-level officials as they walked out of the restaurant at approximately 1:00 pm [10:00 GMT].

Meanwhile, a source in the Interior Ministry said there could have been the second sniper who fired from a building on the opposite side of the street. The source said that Magomedtagirov's bodyguards returned fire.

Several Interior Ministry officials were hospitalized after the incident, including the head of the anti-tax crime department, Abduldzhapar Magomedov, the father of the bride.

Abdurazak Abakarov, head of logistics at the ministry, also died in hospital while four other members of the group have undergone surgery and are said to be in a serious condition. One man was discharged after receiving treatment.

Security in Makhachkala has been tightened following the incident. Daghestan has seen a rise in violence linked both to militants based in neighboring Chechnya and local criminal groups.

Investigators consider the minister's "professional activity" as the main reason for his assassination. A group of specialists from the Russian Interior Ministry's criminal investigation department has been sent to probe the killing.

This is the third assassination attempt on Magomedtagirov, who had been the interior minister since 1998. The minister was known for his high profile stance on militants and large-scale anti-terrorist operations.

In February 2007, Magomedtagirov's car was hit by two bomb explosions in Makhachkala. Although the minister was not injured, two police officers died in the attack.

His car was also attacked in August 2006, when two bombs were set off en route to Buynaksk, a town in Daghestan. The minister was unhurt in the incident but three police officers died.