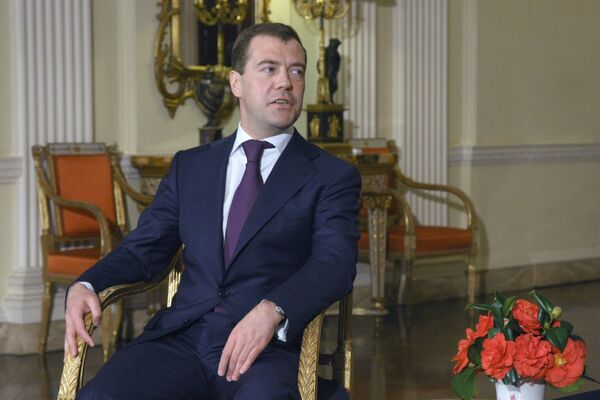 Russia's President Dmitry Medvedev said in an interview published on Friday that giant state corporations will inevitably be privatized.

Russia's government has increased its role in the economy in recent years by setting up a number of state corporations and placing government officials on the boards. The move raised investors' concerns that state ownership could lead to inefficiency and corruption.

"I do not think this is the right way to reform our economic structure," Medvedev told business daily Kommersant. "In certain areas, we did move to use state corporations, but they must be short-lived."

The government said the corporations, which enjoy special privileges, will promote innovation in the economy. Critics say their huge size and lack of transparency will make reforms even harder.

The Russian government also controls what it calls strategic sectors of the economy, including oil, transport and car manufacturing.

Medvedev told the daily that the corporation controlling the housing and utilities sector, for example, was established to operate for a five-year period.

He said other corporations must eventually be privatized, except for the Nuclear Power Corporation, the paper reported.

"In the long run, state corporations must become stock companies," the president told the paper.