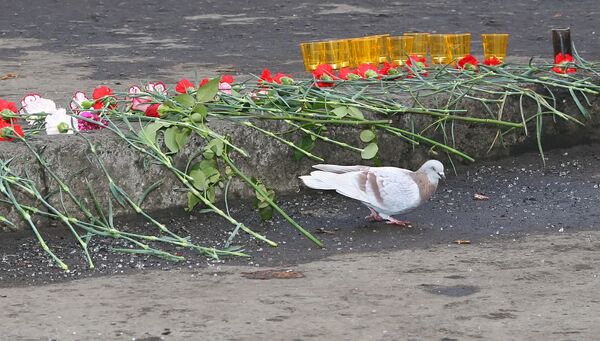 Russia is commemorating on Thursday the 20th anniversary of a train disaster near the Urals city of Ufa, in which hundreds of people died.

UFA, June 4 (RIA Novosti) - Russia is commemorating on Thursday the 20th anniversary of a train disaster near the Urals city of Ufa, in which hundreds of people died.

The accident on June 4, 1989 occurred after liquefied gas spilled out of a burst pipeline a few hundred meters from the rail line. The fuel flowed towards the rail line, creating a dense, highly flammable cloud. As two trains passed each other through the cloud, sparks were released, igniting the gas and causing a huge explosion.

Relatives of the victims attended a memorial service at the Ulu-Telyak station, near the site of the accident.

The two trains were carrying a total of around 1,300 passengers travelling on the Adler-Novosibirsk route. According to official records, 575 people died and over 800 were injured. However, the memorial at the site of the crash lists 675 names, and according to unofficial reports, around 780 people died.

The explosion, with a force estimated at 10 kilotons of TNT equivalent, destroyed 37 train cars and two locomotives. Seven carriages were reduced to ash.

Eyewitnesses spoke of people "burning like matches" in the blaze.

The rescue operation involved over 100 ambulances. Rescuers used helicopters from a local helicopter training college to carry the severely injured to hospitals.

A chief doctor with a local ambulance service, Mikhail Kalinin, looked back on the incident, saying: "I was 37 years old. I came to work fair-haired and returned grey-haired. After the tragedy, we could not speak about it, it was too terrible. Heaven forbid that you will see such a human tragedy."