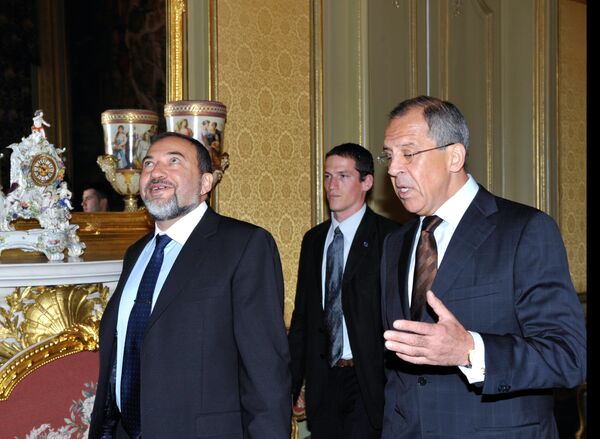 "We have confirmed the need to assure the international community of the exclusively peaceful nature of the Iranian nuclear program," Lavrov said at a joint news conference with his Israeli counterpart, Avigdor Lieberman.

"Our proposals on Iran are well known. We expect a constructive reaction from the Iranian authorities," the Russian foreign minister said.

As a member of the group of the five permanent United Nations Security Council members plus Germany that is leading international efforts to resolve the dispute over Iran's nuclear program, Russia has submitted renewed proposals to Tehran, Lavrov said.

"We expect that the response will make it possible to create conditions for the launch of full-scale talks," Lavrov said, describing the current chances as "truly good," taking into account the position of the new U.S. administration.

The U.S. administration plans to enter into dialogue with Tehran to persuade it to drop its nuclear program. Israel, which backs the U.S. plans, has insisted that the talks be limited by strict timeframes, demanding that other measures be used should talks fail.

Last week, Iranian President Mahmoud Ahmadinejad ruled out talks between his country and the 5+1 group.

Meanwhile, former prime minister Mir Hossein Mousavi, a candidate in presidential elections set for June 12, hinted last Friday he was "in agreement with negotiations with the 5+1."