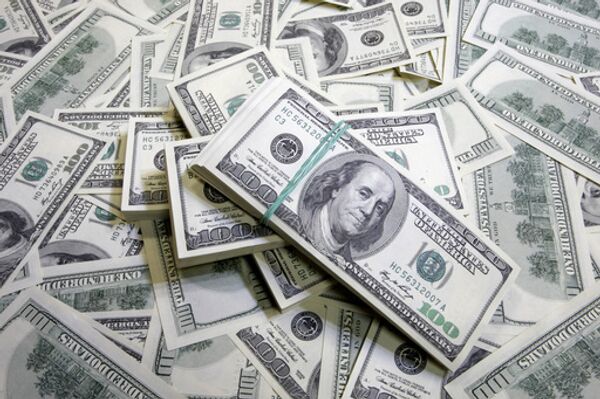 © Mihail Kutuzov
Subscribe
Russia will not go back on its promise to lend Belarus $500 million, but expects effective steps on the part of its neighbor, the Russian finance minister said on Monday.

MOSCOW, June 1 (RIA Novosti) - Russia will not go back on its promise to lend Belarus $500 million, but expects effective steps on the part of its neighbor, the Russian finance minister said on Monday.

Belarus earlier refused to accept a $500 million loan in Russian rubles, asking for U.S. dollars instead.

"Certain steps should be taken by the [Belarusian] government, and certainly they should envisage lowering their need for dependence on loans," Alexei Kudrin said.

Kudrin assured reporters that Russia was still ready to lend Belarus up to 100 billion rubles ($3.23 billion), however he warned Minsk against increasing its loan requests "every six months."

He pointed to recent international financial assistance to Minsk, including an $800 million loan from the International Monetary Fund, and Venezuela's $500 million, which "prevented Belarus from plunging deep into a crisis."

Last Thursday, Kudrin criticized Minsk's economic policies, saying that the ex-Soviet republic was spending too much of its gold and foreign currency reserves to keep the exchange rate stable.

Belarusian President Alexander Lukashenko told his Cabinet ministers on Friday to stop bowing down to Russia and seek partners in other countries after the dispute over the loan.

"If things go wrong with Russia, do not bow down [to it], do not whine and weep, seek fortune in a different part of the globe," Lukashenko said.

Last year, Lukashenko secured a $2 billion loan from Russia to help the economy against the backdrop of the global financial crisis and a deal to receive Russian natural gas at a subsidized price. Belarus received the first $1 billion in November 2008. In March 2009, the country received another $500 million.

However, relations between Moscow and Minsk have repeatedly been strained in recent years, largely due to Russia raising its gas prices.