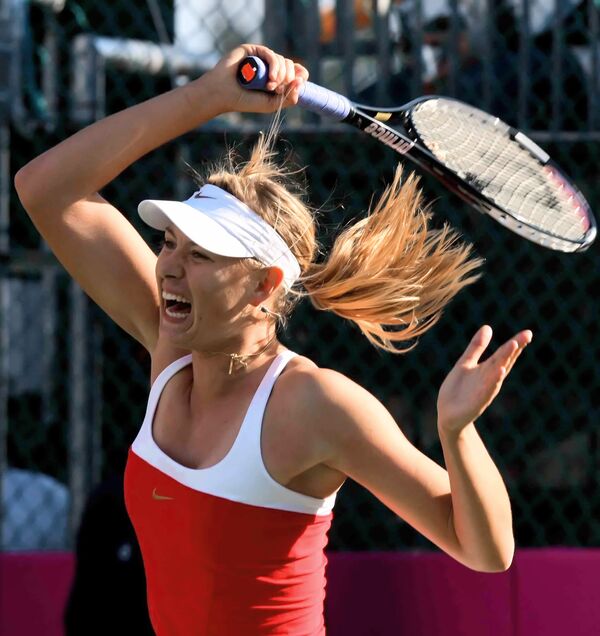 The world former No. 1 Sharapova, who has slipped to 102 in the world following ten months out through injury, wobbled slightly at Roland Garros producing 33 unforced errors and dropping the second set during her 6:4. 0:6. 6:4 win over China's Na Li, seeded 25.

In form Nikolai Davydenko, seeded tenth, dispatched Spain's Fernando Verdasco 6:2, 6:2, 6:4 to set up a quarterfinal match with Sweden's Robin Soderling, who was the shock winner against world no 1 Rafael Nadal.

Dinara Safina, who has dropped just five games en route to the quarters, said after her clinical 6:1, 6:0 win over France's Aravane Rezai that she had never played as well in the first four rounds of a Grand Slam tournament.

In a post-match interview on the tournament website the 23-year-old said that her game had improved and she was far more focused since becoming world no. 1 in April

"I want to win every point. So I think this is something new in me, before I would maybe just go out there and play and then waste my energy. I would still win a match, but like 6-4, 6-4," she said.

"Now I have a match, I try to focus, and every point is important. No free points. No stupid mistakes. Just point by point I'm playing," Safina told journalists.