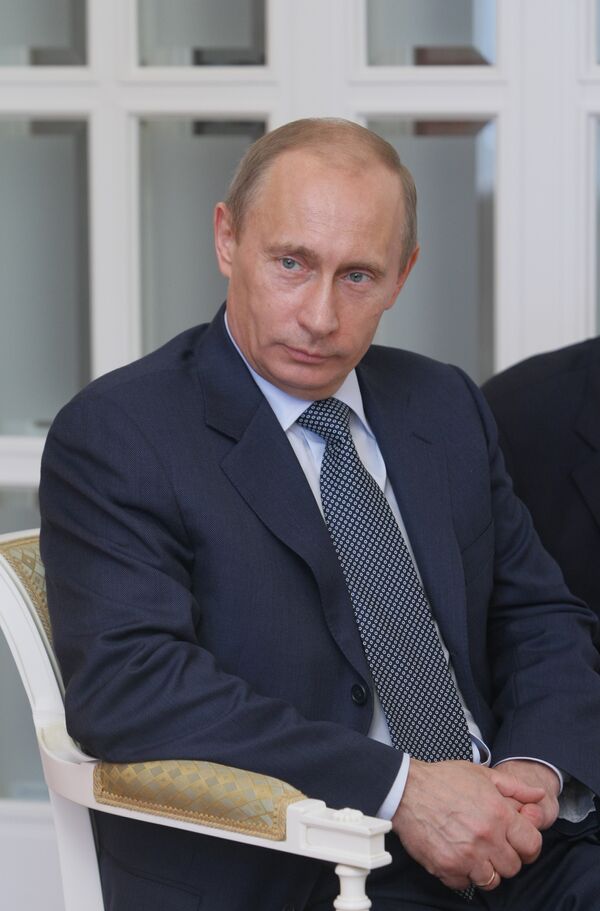 Russia's prime minister said on Friday that it was unlikely that Moscow would be able to grant Ukraine $5 billion in advance payments for natural gas transits over 5-7 years and warned of rising risks of Russian gas transit disruptions.

MOSCOW, May 29 (RIA Novosti) - Russia's prime minister said on Friday that it was unlikely that Moscow would be able to grant Ukraine $5 billion in advance payments for natural gas transits over 5-7 years and warned of rising risks of Russian gas transit disruptions.

Vladimir Putin also said in a statement on his website that the European Union appears unable to help Ukraine finance gas shipments. Ukraine transits around 80% of Russia's Europe-bound gas.

"Talks [with Ukraine] have indicated that there may be problems with fulfilling these financial commitments. As a consequence, there appears a risk of new disruptions in Russian gas transits to European consumers," Putin said.

In line with January agreements, Ukraine is due to make a regular payment on June 7 for Russian gas supplied for domestic consumption and to store gas in underground facilities. However, Kiev earlier said it may be unable to pay Russia for current shipments, raising concerns about a fresh dispute that may affect EU consumers.

The agreements ended a bitter price and debt dispute between the ex-Soviet republics at the turn of the year, which led to disruption in shipments to Europe.

Repeating Russia's displeasure with Ukraine's pact with Brussels, Putin said: "At the moment, we cannot be sure with whom [state gas monopolist] Gazprom will have to deal with on gas transit contracts for Ukraine in the future."

Putin also said the EU cannot provide aid to Ukraine to help the country pay for gas supplies from Russia. He earlier proposed Europe set up a group to finance gas supplies to and via Ukraine.

"I have discussed gas supplies via Ukraine ... with [European Commission President] Jose Manuel Barroso on the telephone today. Judging by the response of European leaders, the EU is unable to provide proper financial aid to Ukraine," Putin said.

"They cited the acute economic crisis and internal regulations and procedures," he said.

The premier also said part of Russia's $10 billion contribution to the IMF should be spent on resolving the supply problem. "The funds to be contributed by Russia should be used above all to help our neighbors in the CIS, including to resolve energy problems facing Ukraine."

Energy disputes between Russia and its ex-Soviet transit nations have triggered concerns in Europe about too much reliance on Russian shipments, prompting it to seek alternative suppliers. Moscow has also been accused of using energy as a political tool.