A Guide to Russian Sects and Fringe Beliefs - Part One, The Schism and the Skoptsy 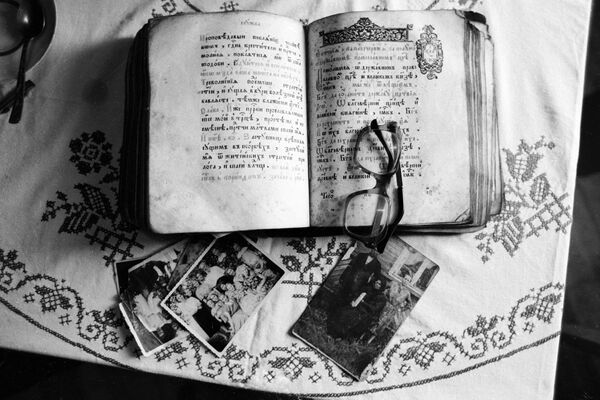 In this six-part series, RIA Novosti takes a look at the history of some of Russia's sects and their leaders, and also asks why the country has proved such fertile ground for the growth of new and bizarre beliefs.

MOSCOW, (RIA Novosti's Marc Bennetts) - Russia has seen a colossal number of sects and fringe religions throughout its long history, from the 18th-century self-castrating Skoptsy to the modern-day doomsday cult whose members threatened to burn themselves alive in the Volga Region last year.

In this six-part series, RIA Novosti takes a look at the history of some of these groups and their leaders, and also asks why Russia has proved such fertile ground for the growth of new and bizarre beliefs.

Up until the mid 17th century, the Russian Orthodox Church enjoyed complete spiritual authority. However, in 1666, Patriarch Nikon decided to bring the Russian Church in line with Greek Orthodoxy, and ordered the rewriting of ecclesiastical tomes.

His move, in a country where dogma and tradition had always played a large role in religious life, caused an uproar.

Nikon's assertion that Orthodox believers should use three fingers instead of two to cross themselves led to him being labeled the Antichrist by opponents of his changes. Pious Russians had long feared the year 1666, with its satanic associations, and Nikon's actions seemed to them to be a sign that the Apocalypse was fast approaching.

The Old Believers subsequently fled to Siberia and other remote areas of Russia to escape persecution and await the end of the world. Some of the groups cut themselves off so effectively that isolated communities that knew little of developments in the modern world were still being found in the 1960s and 1970s by Soviet geological expeditions.

This 17th century rejection of the Church's authority laid the roots for a subsequent explosion of sects and cults, many of them fixating on a single piece of scripture, or an interpretation of scripture, and basing their entire belief system around it.

The two most notorious of these cults were the Khlysty and their offshoot, the Skoptsy.

The Khlysty believed that the way to salvation lay through the repentance of sins. The greater the sin, the greater the repentance, the Khlysty reasoned, and following this logic they rejected conventional doctrines of "right and wrong," indulging in actions that they could later confess to.

Grigory Rasputin, the mysterious monk who had a major influence on Tsar Nicholas II prior to the 1917 Bolshevik Revolution, is also thought to have had links to the group, which was active from the 17th to the early 20th century.

"I whip myself, I seek Christ" ("Sebya khlyschu, Khrista ischu") the Khlysty chanted, while flagellating themselves. They were also famed for their dervish-like dances, during which they believed they were communicating directly with the Holy Spirit.

From the Khlysty came the Skoptsy, who believed that Adam and Eve were created sexless, and that reproduction organs only appeared after humanity had been tempted by Satan. Accordingly, in order "to avoid sexual temptation and sin" the group's men castrated themselves. Just to be on the safe side, they also cut off women's breasts.

The sect also distorted biblical texts, referring to Christ not as the redeemer (iskupitel) but the castrator (oskopitel), and stated that Jesus had himself been relived of his sexual organs by John the Baptist.

The late Russian academic Andrei Sinyavsky claimed in "Ivan the Fool - Russian Folk Belief" that the Skoptsy believed that anyone who castrated twelve people was guaranteed a place in heaven, irrespective of any other sins he may have committed. Soviet dissident Sinyavsky, in his quite remarkable study of Russian religious history, wrote that they even went so far as to pay peasants to let them "strike off the serpent."

The sect's leader and founder, Kondraty Selivanov, considered by his many followers to be a castrated Tsar Peter III, despite the latter's assassination in 1762, was granted an audience with a curious Tsar Paul I towards the end of the 18th century. Predictably, the Russian leader turned down Selivanov's proposal that he castrate himself and establish the Skoptsy belief as state religion, packing him off to an insane asylum instead.

Despite Paul I's unwillingness to embrace the group's teachings, the influence of the Skoptsy grew and by 1863 official state statistics showed that the group was some 110,000-strong. The Khlysty were also said to boast similar numbers.

While the Khlysty and the Skoptsy were the most notorious of the new sects, they were not the only ones. Other sects included the Molokans (known for their habit of drinking milk on fast days), the Dukhobors (Spirit-Wrestlers) and the Beloritzy (who only wore white), to name but a few.

Although these groups have largely ceased to exist, their rejection of the mainstream Church had a massive influence on Russian religious life, and paved the way for the appearance of the myriad modern-day sects and cults that emerged following the collapse of the Soviet Union in 1991.

The opinions expressed in this article are the author's and may not correspond to those of RIA Novosti.