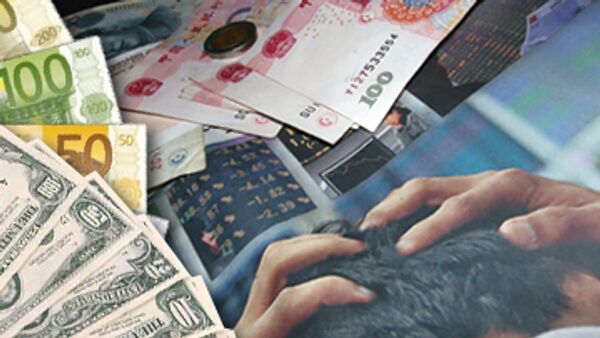 Subscribe
The economic crisis has dealt a heavy blow at globalization and its key component, international trade, which is expected to fall by 9%, if not more, in 2009.

MOSCOW. (RIA Novosti economic commentator Vlad Grinkevich) - The economic crisis has dealt a heavy blow at globalization and its key component, international trade, which is expected to fall by 9%, if not more, in 2009.

One of the main reasons for this is the numerous customs and institutional barriers, which have sprung up overnight when the economic crisis entered its acute phase.

When the G20 leaders met to discuss ways to combat the crisis in November last year, they agreed to promote free trade. However, by the middle of this spring 17 of the 20 countries have erected new trade barriers and taken measures to support domestic producers and traders.

The talks on these issues have been going on without visible results. Political statements made at international meetings are sometimes diametrically opposite to what politicians say and do at home.

In late April 2009, the G8 agriculture ministers pledged to promote globalization and market openness and to avoid protectionism and speculation. However, in May Russia's First Deputy Prime Minister Viktor Zubkov said Russia would apply protectionist measures in agriculture.

"Most countries are using such measures to protect their agriculture. We cannot allow our agriculture to be left without such protection," he said.

Measures to protect Russian agriculture will be discussed at the World Grain Forum in St. Petersburg on June 6-7, 2009.

Not only Russia is focused on agriculture. Europe, the Untied States and Canada are taking extraordinary measures to help their farmers. Assistance to farmers amounts to 16 kopecks per ruble in the United States, 32 kopecks in the European Union, and only 6 kopecks in Russia. Only countries with a more favorable climate, such as Australia and Brazil, spend less on their farmers.

The goal is not only to support the competitiveness of one's products on the global market. West European governments are openly speaking about the social aspects of their support programs for farmers. They are working hard to level off regional development in terms of revenue and to increase it to the income in other economic sectors, as well as to maintain the current structure of life in the countryside - even though the latter goal sounds unfeasible.

Meanwhile, the Russian government's allocations to farmers do not even cover their losses from the growth of prices of machinery and expendables. In 2008, farmers received some 77 billion rubles ($2.5 billion) within the government program of agricultural development but lost some 120 billion rubles ($3.8 billion) because of growing prices of fertilizer, machinery, electricity, fuel and lubricants, and construction materials.

The government's policy on protectionism and free trade is best explained by the popular saying, "Charity begins at home." All countries are issuing recommendations on lifting barriers and ensuring free trade, but none is actually doing anything at home because they know this may have an adverse effect on their economies.

Yet there is nothing the authorities can do, since the purchasing prices of agricultural products were coordinated during the talks on the East European countries' access to the EU and cannot be reviewed before 2013.