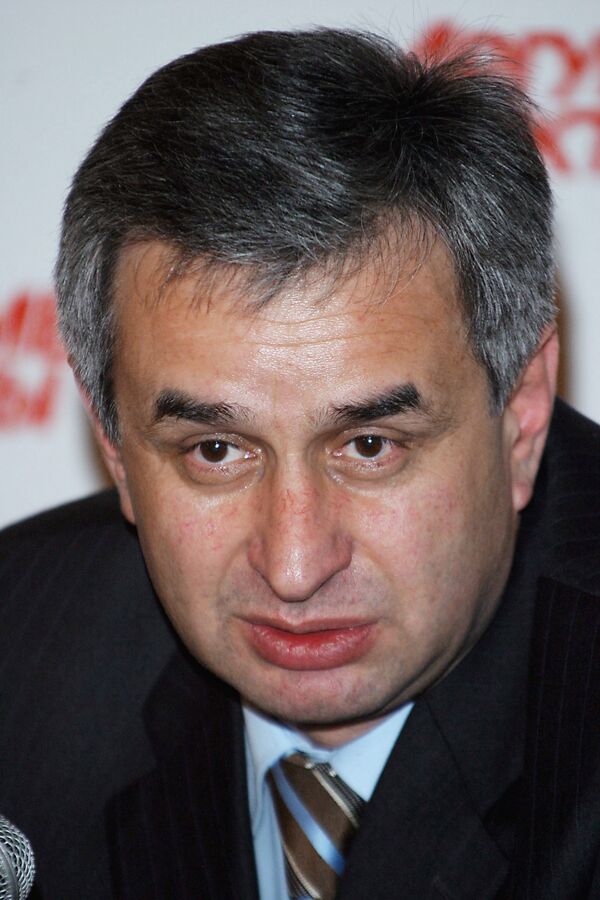 The vice president of the former Georgian republic of Abkhazia has resigned in protest against the president's treatment of the opposition and lack of progress on key issues.

SUKHUM, May 28 (RIA Novosti) - The vice president of the former Georgian republic of Abkhazia has resigned in protest against the president's treatment of the opposition and lack of progress on key issues.

Raul Khadjimba, who is likely to run against President Sergei Bagapsh at the 2010 election, told reporters: "I am resigning. I am not ruling out that after my resignation I will remain in politics."

He said the republic is suffering a "crisis of power", and that the leadership is refusing to hear the voice of the opposition.

"When the opposition focuses on serious unsolved problems - it has the right to do this. This search for domestic enemies, and rude and irresponsible propaganda on Abkhaz television, is provoking a split in society," he said.

Abkhazia, a tiny South Caucasus republic home to less than 200,000, was recognized as an independent state by neighboring Russia last fall, after the Georgia-Russia war that followed Tbilisi's attack on South Ossetia.

The other likely candidate at next year's election is Beslan Butba, a businessman who leads the opposition Economic Development Party.

Khadjimba, 50, second in command in Abkhazia since October 2004, said he has been unable to tackle corruption and improve security, due to lack of room for maneuver and support from the president.

He also criticized the president for signing a border protection agreement with Russia, saying there were no open discussions on the issue. Khadjimba also accused Bagapsh of violating a 2004 agreement on constitutional powers of the vice president.

Abkhazia's "power crisis" is "a result of the style and management methods chosen by the president and his circle," he said.