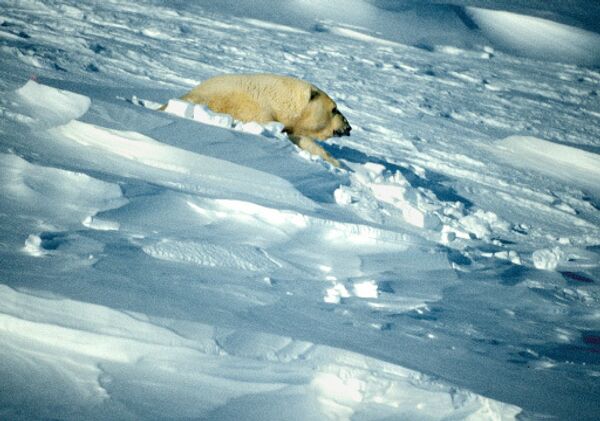 © Alexander Liskin
Subscribe
A leading U.S. analyst has said the NATO-Russia Council is the perfect forum for talks on Arctic security.

MOSCOW, May 27 (RIA Novosti) - A leading U.S. analyst has said the NATO-Russia Council is the perfect forum for talks on Arctic security.

"There seems to be a growing interest and importance in the Arctic region. Certainly, Russia has a fundamental interest in the Arctic and its future development in terms of economics and resources, and also maritime trade," Dr. Charles M. Perry, vice president and director of studies at the Institute for Foreign Policy Analysis, told RIA Novosti.

"There are some contentions about who owns what. The NATO-Russia forum would be an excellent place to talk about things like Arctic security. Not necessarily solving it all bilaterally...this concerns everybody in the region and right now we are not talking about it very well," Dr. Perry, who is also vice-president of National Security Planning Associates, said.

Arctic territories, seen as the key to huge untapped natural resources, have increasingly been at the center of mounting disputes between the United States, Russia, Canada, Norway, and Denmark in recent years as rising temperatures lead to a reduction in sea ice.

President Dmitry Medvedev said in September at a Russian Security Council session that the extent of the Russian continental shelf in the Arctic should be defined as soon as possible.

Russia has undertaken two Arctic expeditions - to the Mendeleyev underwater chain in 2005 and to the Lomonosov ridge in the summer of 2007 - to support its territorial claims in the region. Moscow has pledged to submit documentary evidence to the UN on the external boundaries of Russia's territorial shelf by 2010.

The Russia-NATO Council meets on Wednesday in Brussels for the second time since the end of last August's war between Russia and Georgia over Abkhazia. The work of the Council was suspended by the alliance unilaterally in September 2008,

Relations had looked to be recovering, but took another hit earlier this month with the expulsion of two Russian NATO diplomats from Brussels. Russia responded by expelling two NATO officials from Moscow and pulling out of a NATO-Russia Council session.

"It is really important to keep some kind of useful form and vehicle, at the very least, for Russia and NATO member states to gather around the same table, lay out their concerns about emerging problems," Dr. Perry said.

The meeting is expected to focus in particular on security in the Euro-Atlantic region and NATO-Russia relations, as well as see a discussion of Monday's announcement of a nuclear test by North Korea.