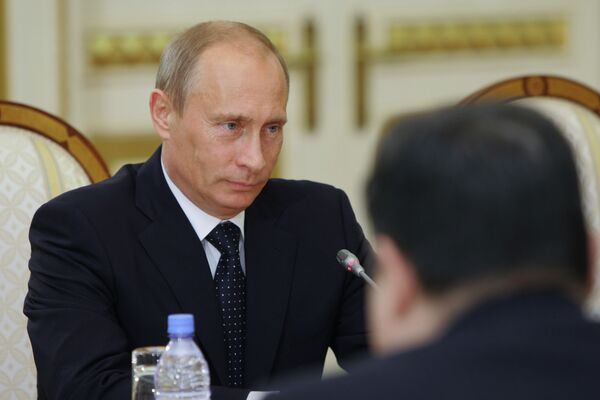 Russia and Kazakhstan signed on Thursday a memorandum on establishing a customs union during bilateral negotiations in Astana.

ASTANA, May 21 (RIA Novosti) - Russia and Kazakhstan signed on Thursday a memorandum on establishing a customs union during bilateral negotiations in Astana.

The memorandum was inked by Kazakh Prime Minister Karim Masimov and Russian Prime Minister Vladimir Putin, who arrived in Kazakhstan on Thursday to attend the May 22 session of the CIS Council of Heads of Governments.

At talks with his Kazakh counterpart, Putin said the customs union "should become an important leverage for overcoming the crisis and resuming economic growth."

In October 2007, Russia, Belarus, and Kazakhstan signed a package of agreements comprising the legal basis of the customs union, including the formation of a commission, a common customs zone and the order of membership.

The counties are to introduce a single customs tariff and other measures regulating trade with third countries. A unified customs code for Russia, Belarus and Kazakhstan may come into force in 2010.

The creation of the customs union is being carried out within the framework of the Eurasec organization, consisting of Belarus, Kazakhstan, Kyrgyzstan, Russia, and Tajikistan. Armenia, Moldova, and Ukraine have observer status.

Other members of Eurasec, Tajikistan, Uzbekistan and Kyrgyzstan, will have the opportunity to join the union at a later date.