Kremlin to decide on sale of advanced missile systems to Belarus 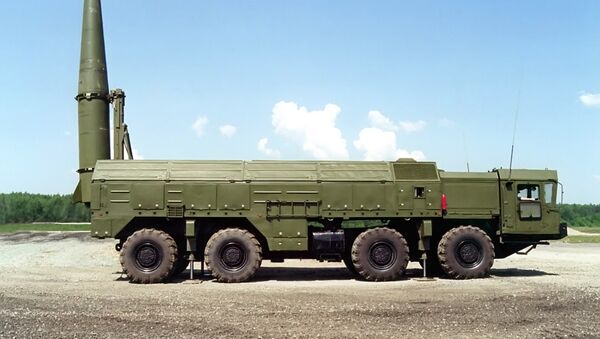 MOSCOW, May 14 (RIA Novosti) - Russia will only supply advanced Iskander and S-400 missile systems to Belarus if the country's leadership approves the deal, state arms exporter Rosoboronexport said on Thursday.

"It is a political decision. If it is adopted, we will deliver these systems to Belarus," said Valery Varlamov, a department head at Rosoboronexport.

The Iskander-E (SS-26 Stone), which is an export version of the Iskander-M missile system in service with the Russian army, is a tactical surface-to-surface missile complex designed to deliver high-precision strikes at a variety of ground targets at a range of up to 280 km (170 miles). It carries a single warhead with a payload of 400 kg to comply with the limits laid down by the Missile Technology Control Regime (MTCR).

Varlamov said the delivery of Iskander and S-400 systems to the Russian Armed Forces was still a priority.

"First of all, we should concern ourselves with supplying the Russian army with these systems," the official commented.

He also said Russia and Belarus were in 'complex' talks on the sale to Minsk of medium-range surface-to-air missile systems, Tor and Buk.

"Talks have been going on for a long time. They will be continued in Minsk during the MILEX-2009 arms show."