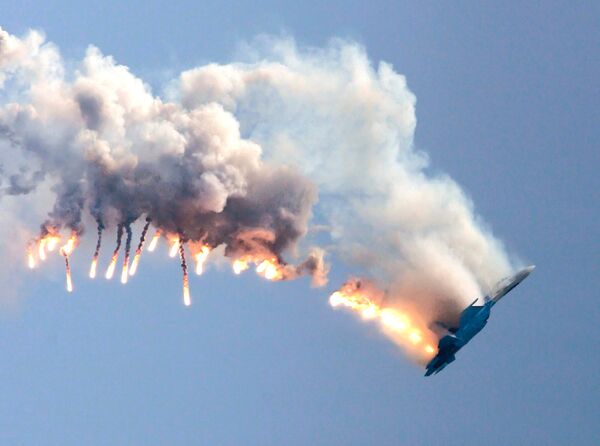 The two planes have been bought from a private Ukrainian company by the Reno-based Tac Air, which provides training and test support for the military.

The aircraft will also be used to test the effectiveness of new U.S. radars and electronic warfare equipment, the Strategy Page reported.

Su-27 fighters have been produced in Russia since 1982. They are still widely used in the Russian Air Force and are gradually undergoing maintenance repairs to extend their service life.

The Su-27 Flanker and its variant, the Su-30 Flanker C, account for a major share of Russia's arms exports. In the past, Russia's Sukhoi aircraft maker sold Su-27 and Su-30 fighters to China, India, Malaysia, Venezuela and Algeria.

In 2007, Sukhoi exported 50 of these aircraft, accounting for 50% of Rosoboronexport's export revenues.

According to U.S. sources, the two aircraft, which have been acquired in a commercial variant, stripped of weaponry, are being overhauled and modified by the U.S. Pride Air company.