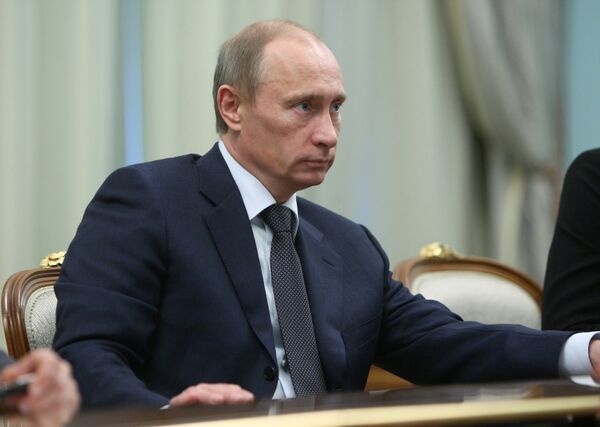 © Alexei Nikolsky
/
Go to the photo bank
Subscribe
Russia sees no point in remaining a signatory to the 1991 Energy Charter, which it has not ratified, Prime Minister Vladimir Putin said Tuesday.

MOSCOW, April 28 (RIA Novosti) - Russia sees no point in remaining a signatory to the 1991 Energy Charter, which it has not ratified, Prime Minister Vladimir Putin said Tuesday.

"We have said before that we do not consider ourselves bounded by the charter, and now we can say that we see no point in remaining a signatory to the document," Putin said after a meeting with his Bulgarian counterpart, Sergei Stanishev, who is in Moscow for talks on energy projects.

The original Energy Charter was signed in The Hague on December 17, 1991. By ratifying the treaty, Russia would have to give access to its pipelines for free natural gas transit from Central Asia to the European Union. However, Russian companies would not be able to freely access European pipelines.

Putin recalled that President Dmitry Medvedev recently put forward an initiative to draft an overarching energy treaty that could contribute to the development of the energy industry in Europe.

He added that the document could become a serious foundation for relations in the energy sphere.

The European Commission said on Tuesday it could not comment on Putin's statement, as it had not received notification from Russia of its withdrawal from the Energy Charter.

Spokesman Ferran Tarradellas Espuny said the commission believed the Energy Charter to be a good agreement but was open to a discussion of Russia's concerns.