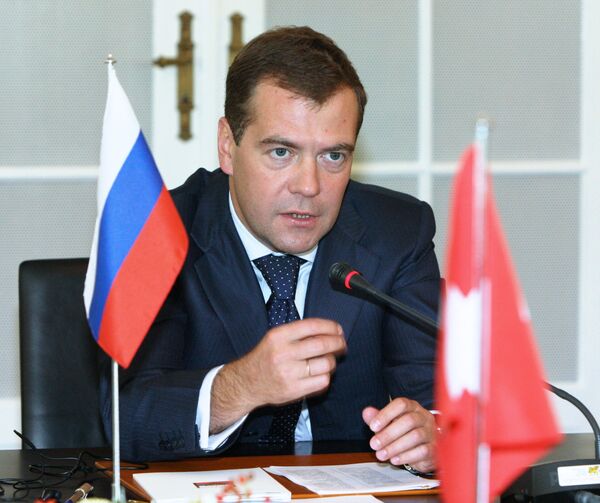 Russian President Dmitry Medvedev has discussed with the participants and experts of the annual Valdai International Discussion Club meeting issues of Russia's international and economic policies.

The president in particular spoke about the consequences of Georgia's aggressive actions in regard to its rebel republic of South Ossetia and the main directions of the Russian economy in the future.

Among other participants in the discussions, Medvedev met with founder and Executive Chairman of the World Economic Forum in Davos Klaus Schwab. The Russian president said that the forum in the Swiss resort town of Davos is a very useful event for discussing key international issues.

This year, the Valdai Club discusses the 21st century international geopolitical revolution and Russia's role in it. The discussions are organized by RIA Novosti, the Foreign and Defense Policy Council, The Moscow News paper, and the Russia in Global Affairs and Russia Profile magazines.

Around 80 political scientists, experts and journalists from Russia, the United States, Britain, Germany, France, Switzerland and other countries are taking part.